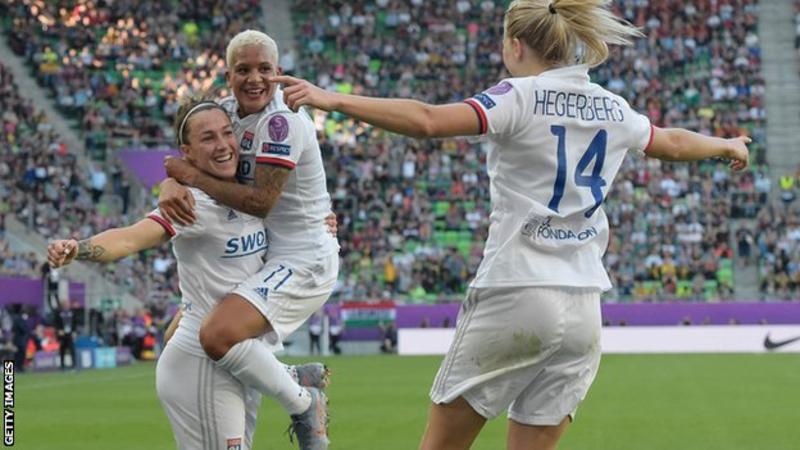 Trailing 4-0 in the dying minutes, Oshoala scored a consolation for the Spanish giants as the French champions cruised home with yet another title.

Three-time African best player, Asisat has now become the first African female to play in the UEFA Champions League final and also the first to score.

The game played in Hungary’s capital Budapest saw Barcelona make the first chances at goal but they could do nothing to stop Lyon claiming a sixth European crown in eight years.

Ballon d’Or winner, Ada Hegerberg scored a first-half hat-trick in the space of 17 minutes to put Lyon 4-0 up at halftime.

The Norwegian superstar has now become the first player to score three goals in the Women’s Champions League final since the UWCL rebranding in 2010.

Lyon secured a 13th consecutive French league title in April and has now won their 23rd major honour in a decade.