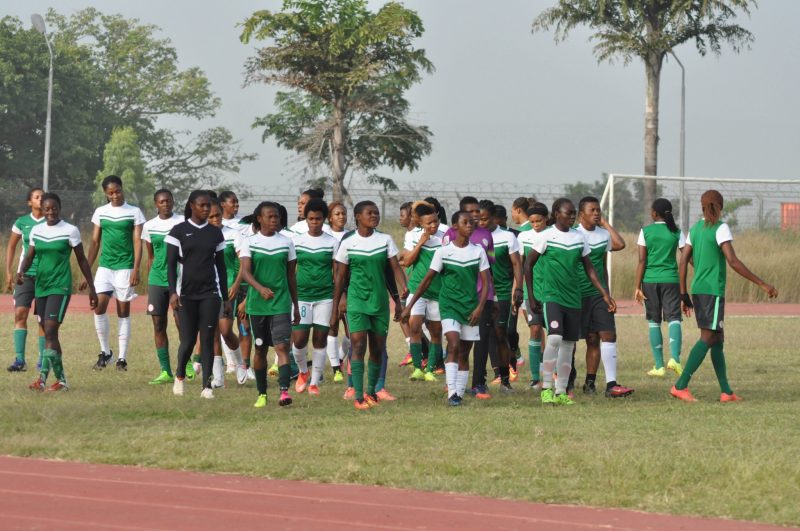 A first-half goal by Super Falcons striker, Asisat Oshoala could not do much as the team fell 3-1 to ASEC Mimosas U16 Boys in a friendly in Abidjan on Friday.

The game was designed as part of preparations ahead the 2018 Africa Women’s Cup Of Nations tournament billed to kick off in Ghana later this month.

It was the Super Falcons’ second pre-AWCON friendly defeat, as they had lost 3-2 to Dominion Hotspur during their camping in Epe in Lagos.

“We lost 3-1 in our second friendly game and first in Abidjan, Cote d’Ivoire to Asec Mimosas U16 Boys,” the team tweeted via its official Twitter handle.

“Apologies, we could not bring you updates due to technical issues here. We hope to make it up to you, thanks.”

At the tournament proper, the Thomas Dennerby ladies will face South Africa’s Banyana Banyana in their opening group B game at the finals.

They will also take on Zambia and Equatorial Guinea in their other group fixtures as they bid for a ninth continental title.

Hosts Ghana, Algeria, Mali, and Cameroon will battle things out in Group A in Accra.