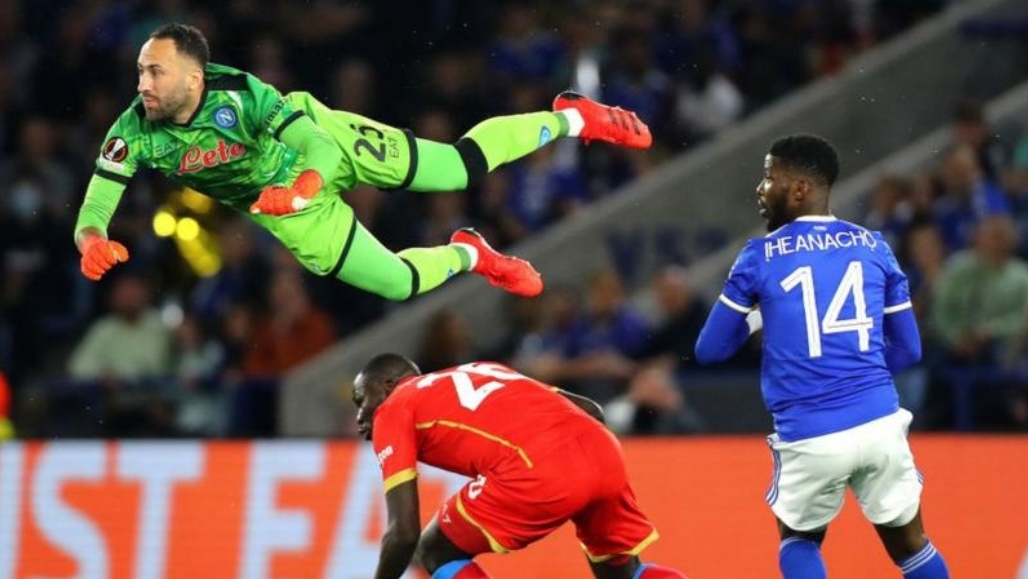 Victor Osimhen was the hero for Napoli as he bagged a brace to help his side complete a comeback against Leicester City in the Europa League on Thursday night.

The Nigeria international scored on the 69th minute to half the deficit with an exquisite touch past Kasper Schmeichel before heading in the equaliser on 87 minutes.

Leicester City summer signing Patson Daka also had a goal ruled out for offside, and the hosts also finished the game with 10 men as Wilfred Ndidi was shown a red card for a second booking in added time.

Kelechi Iheanacho was also in action and he was involved in Leicester City’s second goal.

The result leaves the group C wide open with Leicester still to travel to Italy, as well as facing Spartak Moscow and Legia Warsaw, who won 3-0 over Spartak in the other game of the group.

In group A, Lyon stunned Rangers 2-0 in Scotland, with Leon Balogun and Joe Aribo both in actionfor the hosts.

The other game of the group between Brondby IF and Sparta Prague ended goalless.

In group H, Nigeria’s Paul Onuachu struck deep into stoppage time as Genk recorded a 1-0 away win against Austrian club Rapid Vienna at the Allianz Stadion.

In the other game of the group, West Ham kicked off their Europa League campaign with a 2-0 away victory over Dynamo Zagreb.

In other results, Monaco pipped Sturm Graz 1-0 in France, PSV played 2-2 with Real Sociedad in Netherlands, Frankfurt and Fenerbahce settled for a 1-1 draw in Germany and Olympiacos edged visiting Antwerp 2-1.