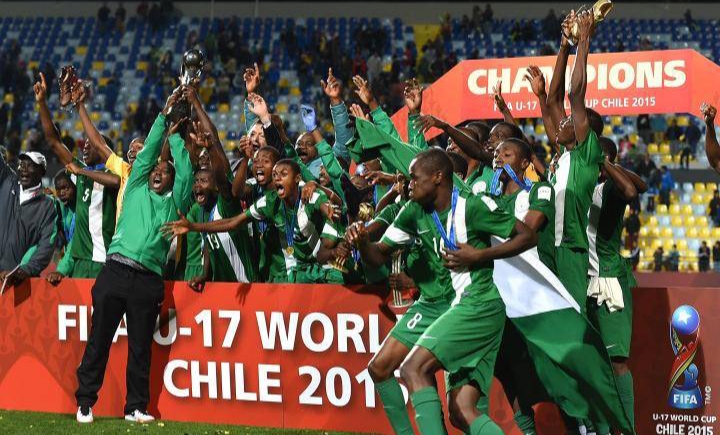 Former Nigeria international and ex-coach of the Flying Eagles, Emmanuel Amuneke has linked the enviable progress of Victor Osimhen, Samuel Chukwueze and Kelechi Nwakali to the days he coached them.

Amuneke managed the Nigeria U-17 team in 2015, leading the lads to the FIFA U-17 World Cup in Chile where they lifted Nigeria’s fifth youth trophy.

The trio of Osimhen, a Lille forward, Chukwueze, a Villareal winger, and Nwakali, who plies his trade at SD Huesca, were all members of the squad.

Osimhen emerged the top scorer with 10 goals after scoring at least once in all the matches, while Nwakali was captain of the team, who bagged the MVP award of the tournament.

Amuneke, who is currently the Sporting Director of Egypt’s El Makkasa, told Complete Sports that the incredible run of the players for their respective clubs and in the national team, speaks volume of talents that the country is blessed with.

Read Also: Amuneke considering whether or not to accept new El-Makassa assignment

“I’m happy for them and their careers. Their progress, and that of the other members of the team at the 2015 Championship [FIFA U-17 World Cup] gives me joy,” said Amuneke

“It’s God that knows what one would be in his life. Yes, when you look at it from one perspective, they are the standout players and it shows the level of our effort at the time.

“And I believe they are just starting, with more determination, discipline and hard work, they will get much better.”

Osimhen is set to leave Lille this summer for a better deal, with Napoli leading the race to bring him to Italy, while Chukwueze has also been a subject of transfer rumours.

“Osimhen going to Napoli is not a bad move. He’s a player that likes working hard and I think Napoli will give him opportunity of playing in the UEFA Champions League.

“Chukwueze can fit in any team. He’s young, fast and uses both legs effectively. Whichever club, but I believe he’s doing well at Villarreal at the moment,” added Amuneke.