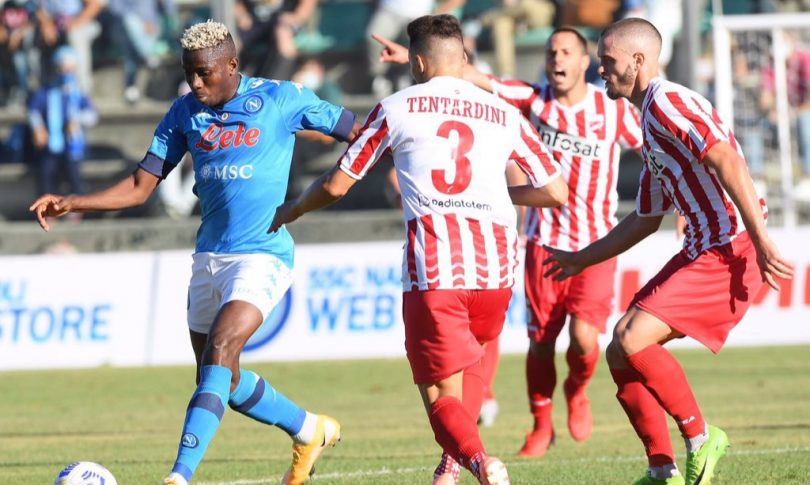 For the second time since his arrival to the Serie A club, Super Eagles forward Victor Osimhen scored a hat-trick to help Napoli win a friendly game.

The Nigeria international, who recently completed his move to the Italian side from Lille, scored three in their 4-0 win over Italian third division side Teramo.

Osimhen had netted a hat-trick in their 11-0 victory over fourth division club L’Aquila last month, scoring all three goals within seven minutes.

On Friday, Osimhen opened scoring in the 4th minute before Hirvin Lozano made it 2-0 on 14 minutes.

Osimhen added the third goal on the hour mark and completed his hat-trick five minutes after, as his side held on to victory.

Friday’s game was Napoli’s third in pre-season, as they prepare to kick-off their Serie A campaign with an away game against Parma on September 20.