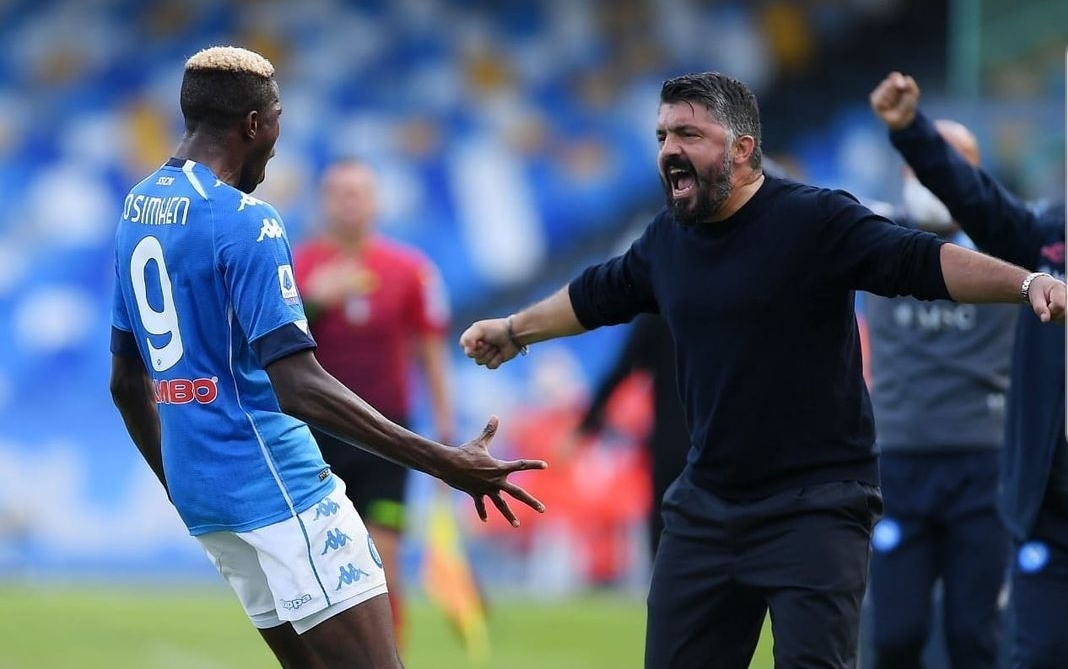 Super Eagles forward, Victor Osimhen has written an emotional farewell to his Napoli manager Gennaro Gattuso, who had just left the club.

Napoli failed to clinch a Champions League spot after being held to a 1-1 home draw by Hellas Verona on the final day of the Serie A season last Sunday.

Gattuso was then shown the door by the club. But Osimhen, in a Tuesday post, says the Italian gaffer had been instrumental to his progress in life.

“Not just as a player but also as a man.

“I really appreciate all you do for me on and off the pitch, I admired you as a player and to be able to work under you and call you my BOSS is something I will never forget in a rush.

“I hold you on high esteem forever. I wish you all the very best on your new adventure BOSS.”

Meanwhile, Gattuso has now been appointed as manager at Serie A side, Fiorentina. He replaces Giuseppe Iachini, who had long confirmed he would leave Fiorentina at the end of the season.

Fulham’s season affected by absence of fans in Stadium —Aina