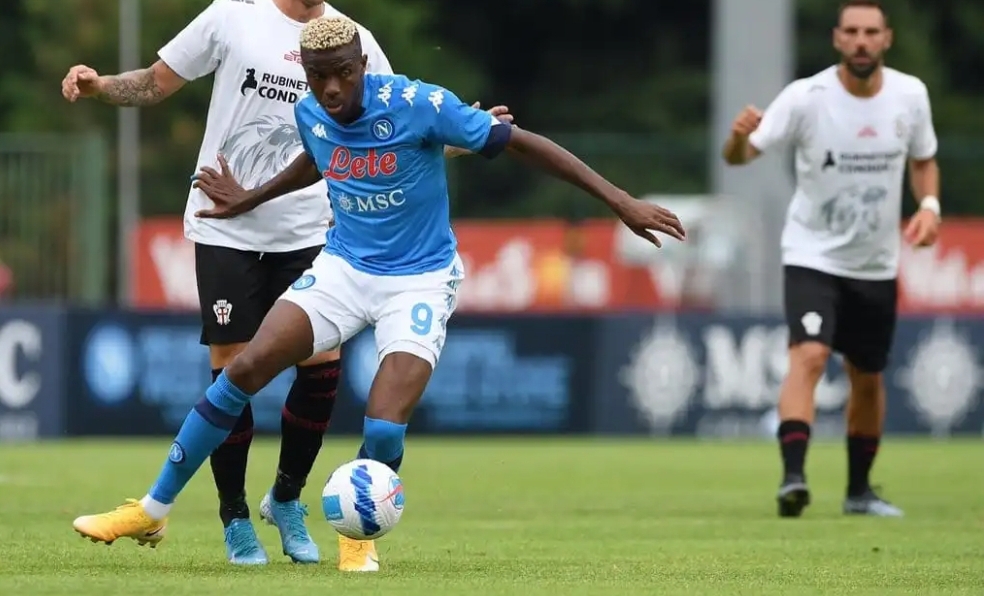 Super Eagles forward, Victor Osimhen has continued in great from for Napoli as he bagged yet another goal in their pre-season series.

The 22-year-old, who has now bagged five goals in total, scored the winning goal on Saturday as Napoli defeated Serie C club Pro Vercelli 1-0 in their second outing.

Osimhen scored the only goal of the game when he nodded the ball home in the 26th minute after he was teed up by Amir Rrahmani.

The Nigeria international could have added to his tally during the game but missed a good chance in the 56th minute, failing to convert a fine pass from Manuel Politano.

Osimhen was then replaced in the 62nd minute by Ciciretti, but his goal ended up becoming the difference between both teams.

The Luciano Spalleti side will face Bundesliga champions Bayern Munich in their next friendly encounter next weekend.

Related Topics:NapoliSuper EaglesVictor Osimhen
Up Next