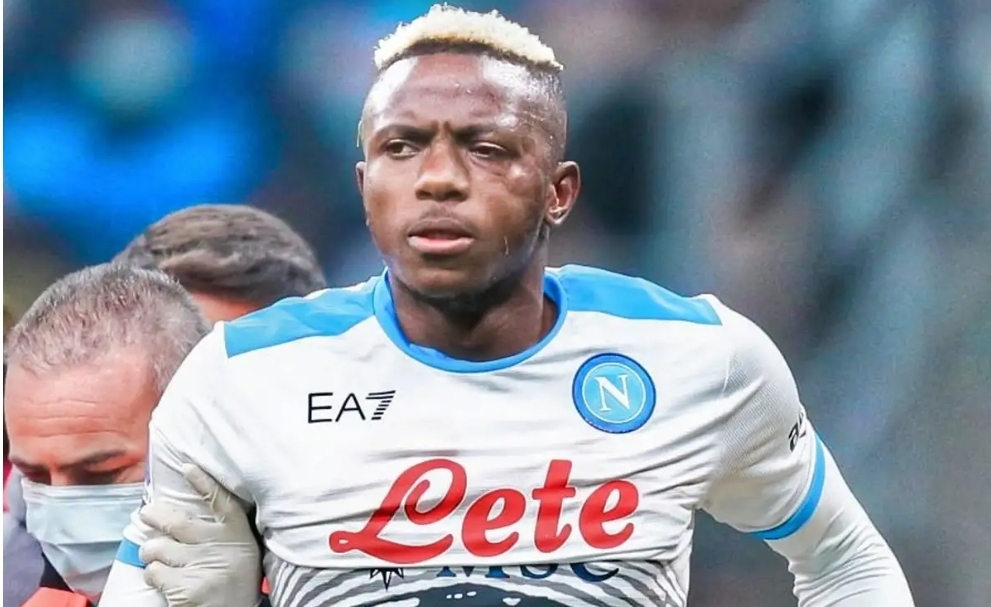 Super Eagles forward, Victor Osimhen was in action for Napoli as they slipped up in their chase for the Serie A title with a 3-2 defeat to Empoli on Sunday.

The Naples club are hoping to land a first Serie A title in 32 years but suffered yet another setback with the away loss.

For the second week running Napoli have failed to hold on to a lead after conceding a stoppage time goal against Roma to draw 1-1 last weekend.

In Sunday’s game, Napoli let their lead slide as their hosts came from behind to seal a victory in the five-goal thriller.

Read Also: Osimhen crowned player of the month at Napoli

Still 2-0 ahead on 80 minutes, Osimhen and his Napoli teammates conceded three goals inside seven minutes against Empoli to go three games without a win.

Osimhen, who was recently crowned the player of the month for March at Napoli, played throughout the game which was his 23rd league appearance with 12 goals this season.

Dries Mertens and Lorenzo Insigne scored for Napoli while Liam Henderson and Andrea Pinamonti (scored a brace) won the game for the hosts.

Related Topics:empoliNapoliVictor Osimhen
Up Next