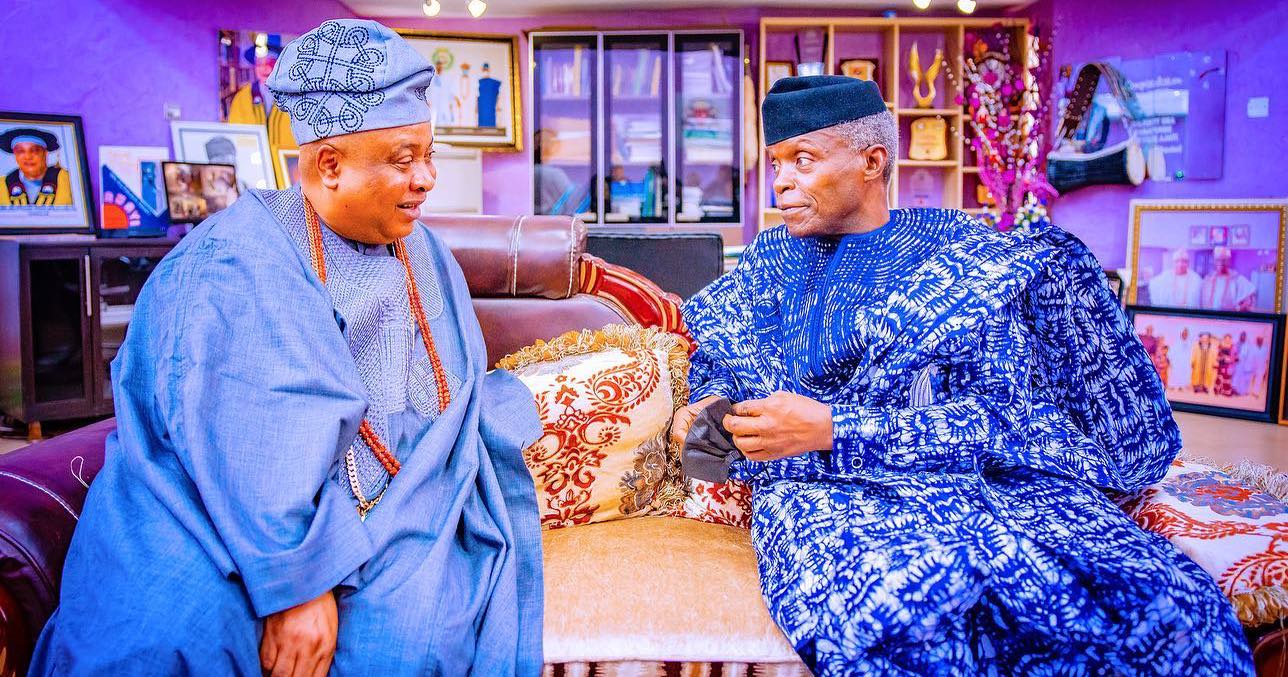 The Alake of Egbaland, Oba Adedotun Gbadebo, on Tuesday backed Vice President Yemi Osinbajo for the presidency in 2023.

The monarch, who stated this when the Vice President, paid him a courtesy visit in Abeokuta, said Osinbajo had paid his dues and deserves to be elected Nigeria’s President next year.

He was accompanied on the trip by the Ogun State Governor, Dapo Abiodun.

The traditional ruler said Osinbajo had creditably acquitted himself in service to the nation and was eminently qualified to be the country’s next president.

Gbadebo said: “Every President from this part of the country that has passed through here has succeeded in becoming the President.

“Every time the Vice President has passed here and gone for something competitive, he has always won; this will not be an exception.

“By the grace of God, our Vice President has paid his dues; he has gone through serving others and has been winning colours all the way.

“He had the same subjects in high school like I had and won laurels.

“In the university, through his research work, and in the legal practice, he has been most outstanding.

READ ASLO: 2023: Why I didn’t shun calls to vie for President – Osinbajo

“Why should we not ask you for just one more position to the glory of God, and for the benefit of all Nigerians and you will say `no’? Certainly, not here.”

He prayed that Osinbajo’s next visit to the palace would be a “thank you’’ visit after his victory at the poll.

Earlier, the Vice President said he was in the palace to brief the monarch on the progress that he had made so far in his presidential pursuit.

“Of course, Kabiyesi knows that on April 11, I formally declared my intension to run for the position of President of the Federal Republic of Nigeria.

“Today is very special; today, I am formally reporting progress to our Kabiyesi, the Alake of Egba Land, my own dear father, whom I know, has been behind several of the other journeys in this political terrain.

“I want to say that our state has never been short of notable personalities in leadership,’’ he said.