Home » Latest » OSINBAJO: So, have the intrigues and power play fully unfolded? 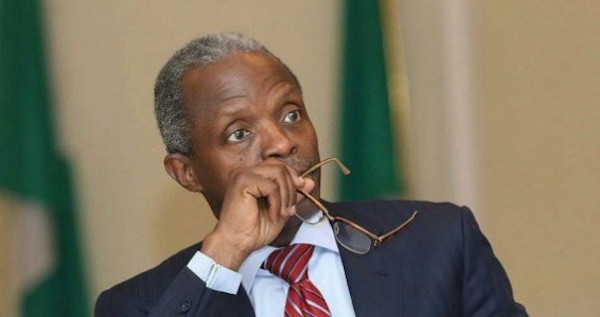 After much dilly-dallying, the Presidency on Friday evening confirmed the sack of 35 aides of Vice President Yemi Osinbajo.

Since news of the aides’ disengagement first broke on Wednesday, many Nigerians, who have been privy to the power play and intrigues in the seat of power since President Muhammadu Buhari was re-elected in February, were not surprised and quickly pointed out that the professor of law was a “dead man” walking as far as Aso Rock was concerned.

After the list of the sacked workers was made public on Thursday, the obviously shocked presidency quickly regrouped and came up with a denial and urged Nigerians to ignore the list of sacked aides in circulation.

The Senior Special Assistant on Media and Publicity to the Vice President, Mr. Laolu Akande, had said on his Twitter handle: “A list circulating in the media on the so-called sacked presidential aides is not genuine and ought to be ignored.”

Many Nigerians watched with keen interest and wondered, if indeed there was a “fake” list, when a genuine list would come from the presidency.

And, it actually came later on Friday, albeit through a statement from the presidential Spokesman, Garba Shehu, who claimed that the aides were sacked to streamline decision-making, cut down multiple authorities and reduce cost of administration.

He said: “The Presidency wishes to confirm that there is, ongoing, an unprecedented overhaul of the nation’s seat of government, arising from which a number of political appointments have either been revoked or not renewed in the Second Term.

“The exercise, which has been ordered by the President, is to streamline decision-making, cut down multiple authorities and reduce the cost of administration.

“It is also an appropriate response to the general

perception that the Presidency has an oversized

and bloated workforce which acts as a drag on

“As may have been noticed by discerning members of the public, a number of political appointees among the few that served in the office of the President were not returned for the Second Term.”

The confirmation of the aides’ sack and the reasons adduced by the presidency may have put to rest concerns of Nigerians about the intrigues and power play in the seat of power.

For Osinbajo, one may ask if the drama in Aso Rock is just unfolding?