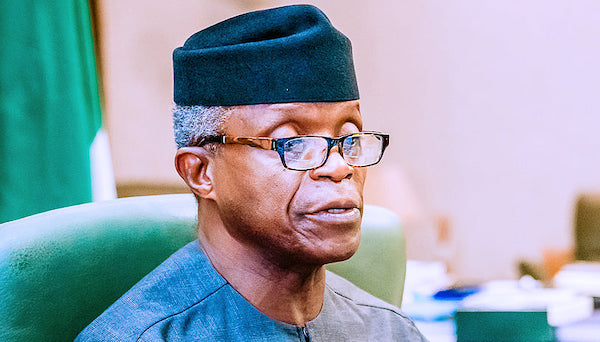 Vice President Yemi Osinbajo is expected to meet with state governors and Governor of Central Bank of Nigeria, Godwin Emefiele, in the coming days in a bid to resolve the disagreement over the repayment of the budget support facility obtained by the states.

The Senior Special Assistant on Media and Publicity to the Vice President, Laolu Akande, who disclosed this in a statement on Thursday in Abuja, said Osinbajo would also meet the Minister of Finance, Budget and National Planning, Zainab Ahmed, on the matter.

This followed a disagreement between the governors and the CBN governor at a virtual meeting of the National Economic Council (NEC) presided over by Osinbajo at the Presidential Villa, Abuja, on Thursday.

At the meeting, the Chairman of the Nigeria Governors Forum (NGF), Kayode Fayemi, insisted that the governors wanted the repayment of the loan due in May to be deferred.

But Emefiele maintained that the states should begin the repayment without further delay especially the monies owed the banks, citing challenges arising from delays particularly as it concerned auditing.

The statement read: “On the Budget Support Facility, state governors restated their request to defer the repayment of the loans, which was to have started this month.

“Ekiti State Governor, Dr. Kayode Fayemi, who is also Chairman, Nigeria Governors’ Forum, reported interactions with the Finance Minister and the CBN Governor regarding the matter.

“The CBN governor, Godwin Emefiele, also emphasised the importance of the timely repayment of loans, especially those owed to commercial banks, indicating the challenges inherent in a further delay in payment, including audit concerns. He said the repayment of the commercial loans should resume this month.

“In addition, the Vice President stated that he will be holding a meeting soon with representatives of the State Governors, the Finance Minister, and the CBN Governor to resolve the issue raised.”