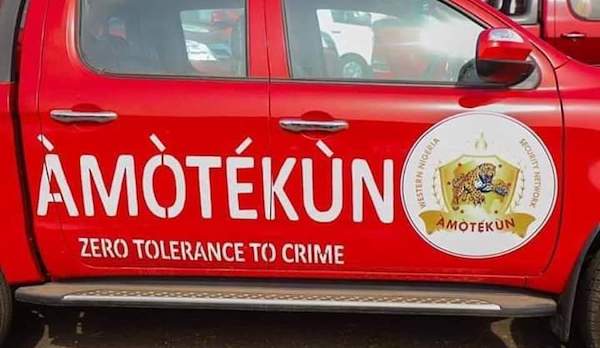 The Osun State House of Assembly on Tuesday confirmed the appointments of Brig. Gen. Isah Aderibigbe (retd) as Chairman, Governing Board of the State Security Network Agency, known as Amotekun Corps.

Governor Gboyega Oyetola forwarded the names of Aderibigbe and Adewimbi to the Assembly for confirmation on July 21.

The duo’s confirmation followed the consideration of the report on their performance by a committee set up by the Assembly to screen them for the jobs.

They appeared before the lawmakers last Thursday and the Speaker of the House, Timothy Owoeye, charged them to deploy their experience in the fight against crimes in the state.

He also urged them to create a working relationship with local hunters, vigilante, and police to make the state crime-free.