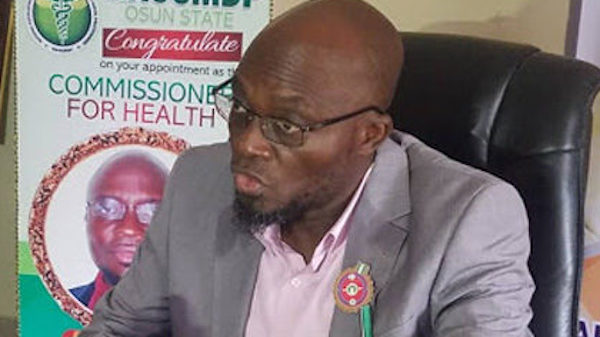 The Osun State government has confirmed that it has recorded no fewer than 17 new cases of COVID-19 and the discharge of 11 patients who have recovered from the deadly virus after treatment.

This was disclosed in a statement on Monday evening by the Commissioner for Health, Dr. Rafiu Isamotu, who also revealed that as at July 13, is 263, with 135 active cases in its isolation centre.

According to Dr Isamotu who appealed to citizens and residents of the State to always observe all the precautionary measures, the 17 new cases were contacts from previous cases.

He said; “With the latest development, the number of confirmed cases in the State, as at July 13, is 263 with 135 active cases.

“The State has successfully treated and discharged 121 patients, while seven deaths have so far been recorded.

“The State government appeals to citizens and residents of the State to always observe all the precautionary measures laid down by the State against the spread of the virus,” Dr Isamotu concluded.

This came a day after the Osun State government approved the relaxation of COVID-19 lockdown in four local government areas of the state with effect from the midnight of Monday.

He added that the decision was based on undertakings and assurances received from traditional and religious leaders, as well as civil society groups in the LGAs.