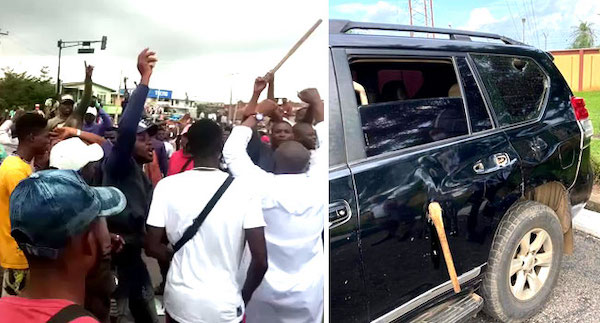 The Senior Special Assistant on Media to the governor, Aderonke Mabel, who confirmed the attack on her Twitter handle, said Oyetola was addressing #ENDSARS protesters in Osogbo, the state capital, when the thugs struck.

She also shared photos of the vandalised vehicles on the microblogging platform.

Mabel wrote: “There was a scary attempt on Governor Adegboyega Oyetola’s life by armed thugs on Saturday in Osogbo.”