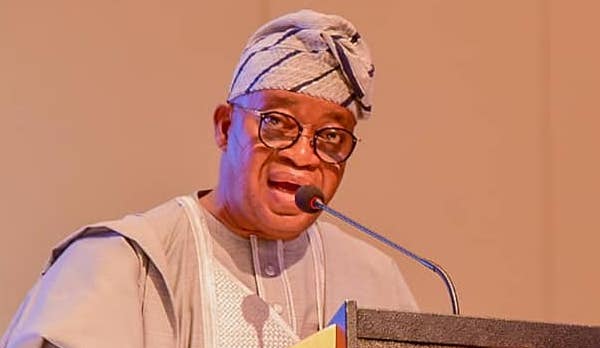 The Osun State government on Sunday described as false and unsubstantiated the Peoples Democratic Party (PDP)’s allegation of collusion with the police to arrest its members in the state.

The Chief Press Secretary to the governor, Ismail Omipidan, who reacted to the development in a statement in Osogbo, accused the PDP of “creating ludicrous hypotheses” to win over the Osun people.

He added that the PDP was complaining because the police thwarted its scheme to buy PVCs.

Omipidan said: “We challenge the PDP to present a list of verifiable names and addresses of its members that were purported to have been unlawfully arrested by the police. We are certain that the police in Osun will not indiscriminately arrest anybody except those who commit crimes or violate laws of the land.

READ ALSO: OSUN GUBER: INEC vows to go tough with vote-buyers
“For instance, the police on Friday announced that it apprehended three persons, including a corps member, a supervisor working with the Independent National Electoral Commission, over manipulation of ongoing distribution of Permanent Voter Cards at Osu in the Atakumosa West Local Government Area.

“Following investigation, the police discovered that the arrested persons were induced to carry out the unlawful act by two members of the PDP, Wale Ojo and Ijamakinwa Olaoluwa, who have now been declared wanted.

“ When the police eventually arrest them, the PDP would come out to bellyache that the APC is asking security operatives to arrest its members. We advise the Osun PDP to desist from raising false alarms and crying foul over nothing.”

He also denied the PDP’s claim that the All Progressives Congress (APC) was conspiring with the Independent National Electoral Commission (INEC) to rig the July 16 governorship election in the state.