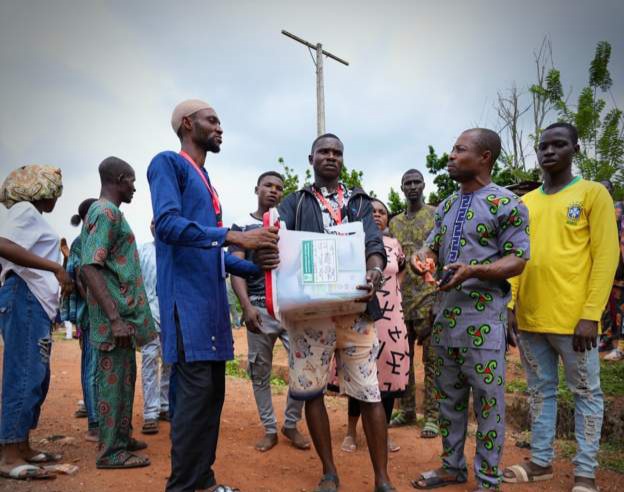 The Osun State Governorship elections witnessed a case of voter disruption on Saturday, as youths expressed their dissatisfaction.

The incident happened at the Polling Unit 11, Ward 7 in Kajola, Atakumosa West Local Government Area of the state.

This was as a result of the arrest of some residents by security officers stationed at the unit.

An eyewitness who spoke to BBC Pidgin, revealed that the men adorned the uniform of one of the security agencies, and picked the residents without explanation.

The incident later snowballed into an argument between voters and political party agents which turned violent.

“They beat the police officer stationed at the polling unit who intervened in the matter. It was the fight which led to the damage of the ballot box.

“This was why the police officer called for reinforcement that led to the visit of the DPO,” another eyewitness said.

Prof Abdulganiyu Raji, the INEC Resident Electoral Commissioner for Osun State, was at the scene of the incident.

Furthermore, the Police secured the damaged ballot box as the residents were said to be in disagreement over what to do.

Related Topics:Osun Gubernatorial election
Up Next