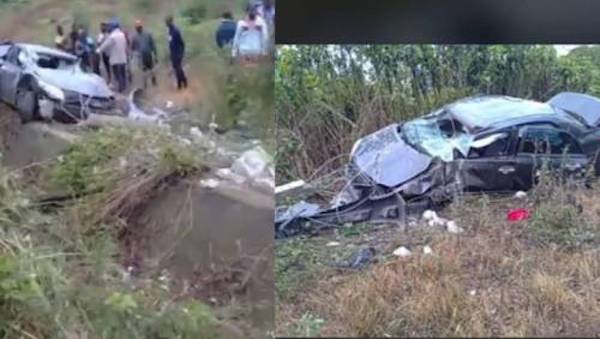 A group of protesters on Tuesday evening protested the death of a young man in an auto crash in Osogbo, Osun State.

The accident was reportedly caused by the military Joint Task Force (JTF) in the state.

The youths, who were armed with sticks and other dangerous weapons, attacked passers-by during the protest.

The protesters also dumped a corpse believed to be that of the deceased in front of Osun State Government House, Oke Fia, Osogbo, and destroyed a motorcycle in the process.

They damaged a vehicle belonging to the JTF at Alekuwodo area of the city while many traffic wardens on duty were assaulted.

An eyewitness told journalists that the JTF chased a Toyota Corolla car with four occupants suspected to be internet fraudsters along East bypass, Osogbo, resulting in an accident.

“In his attempt to escape from the JTF, the driver of the car veered off the road and hit an electric pole.

“One of the four occupants of the vehicle died instantly while the other three sustained injuries and were rushed to a nearby hospital in the area,” an eyewitness said.

The spokesperson of the state’s police command, Yemisi Opalola, confirmed the incident.

She added that the incident involved men of JTF and not the command.