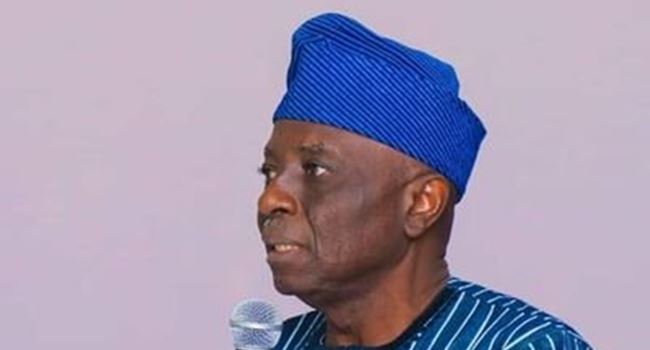 The Senator representing Osun West Senatorial District, Adelere Oriolowo, has demanded an apology and five hundred million naira compensation from the state government, over allegations of taking items belonging to the state.

An Asset Recovery Committee set up by Governor Ademola Adeleke, to retrieve some stolen government properties from the immediate-past administration had in its preliminary report, indicted that Senator Oriolowo of being in custody of 130G Motor Grader (005132-A321), D6 Bulldozer (OS130-A32), Electric Transformer Feeder Board Panel and Soil Compactor Machine (OS137- A32).

The lawmaker insisted the state government had tarnished his name with what he described as reckless allegations.

He thus charged Adeleke-led administration to withdraw the allegations and pay him N500 million compensation.

“I was taken aback as to why a committee of the State would jettison the principle of fair hearing by inviting me to defend whatever report they must have gotten. I also reliably gathered that this said committee failed to submit their report to their principal before going to the public to malign my name”, Oriolowo said.

“The said equipment which belongs to the then OSSADEP was in existence when I left the agency 15 years ago. To the best of my knowledge, some of them were transferred to the Ministry of Rural Development to assist the government. A simple due diligence or investigation by the committee would have unravelled the salient fact that the equipment is still property of the Osun State Government.”

“I have thus instructed my lawyers to write to the State Government demanding a letter of apology within seven (7) days and to also pay the sum of Five Hundred Million Naira (N500,000,000) as compensation for the unquantifiable damage done to my name and integrity.

“My lawyer’s letter has since been received by the Government on the 30th December, 2022 and it is my hope that this Government will retrace its steps, retract the publication and apologize to me. Failure in which, I will use all legal means available to me to get justice”, he concluded.

Four years later, FG inaugurates Onochie, others into NDDC board

EFCC under Reps’ spotlight over sale of confiscated properties