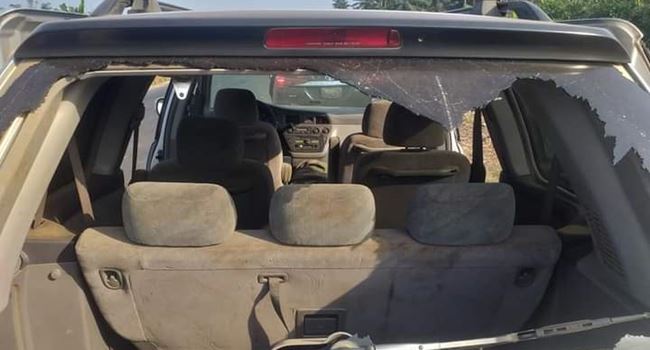 Although the Osun senator did not disclose details of the incident, however, reports said the assassination attempt happened during a constituency meeting in Ikire Osun State.

Diclosing the incident on his Facebook page on Sunday, the Osun senator said some thugs tried to kill him and his associates but they escaped.

The Osun Senator said “Just escaped an Assassination attempt on my life and that of my entourage. To God be the glory, we are safe and alive.

“God is my helper, my shelter and my fortress, I fear no evil.”

The Osun senator also posted some pictures of the vehicles vandalised during the incident.