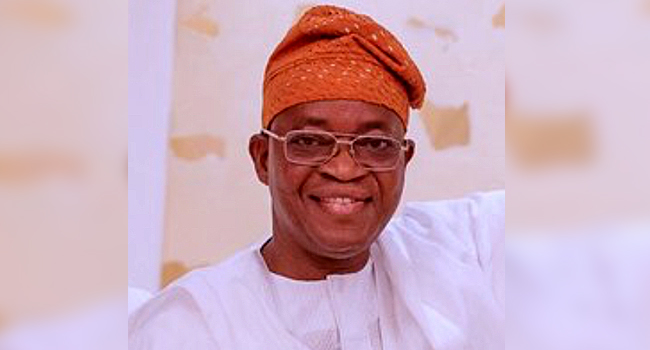 The Speaker of the Osun State House of Assembly, Timothy Owoeye, on Thursday predicted the return of former governor Adegboyega Oyetola to office this year.

The former governor is challenging the victory of Governor Ademola Adeleke in the July 16 governorship election at the state election petitions tribunal over alleged widespread irregularities.

Oyetola returned to the state earlier in the week and assured the All Progressives Congress (APC) members that he would return as governor of the state very soon.

Owoeye, who spoke at the inauguration of the state’s chapter of the APC Presidential Campaign Council in Osogbo, described the party’s defeat in the election as a temporary setback.

He added that Oyetola would return as governor before July 5.

The speaker also expressed optimism that the APC presidential candidate, Bola Ahmed Tinubu and other representatives of the party in next month’s elections in the state would record success in their campaigns.

Owoeye said: “In 2019, the Supreme Court gave its final verdict on July 5, affirming the victory of Oyetola as the governor. If you know them, go and tell them that before July 5, 2023 Oyetola will be returned as Osun Governor.

“So, Please, the presidential election is very important to us and we want you to begin to mobilize our people to vote massively for our presidential candidate, Asiwaju Bola Ahmed Tinubu and his running mate, Senator Kashim Shettima and all other candidates of our party.”