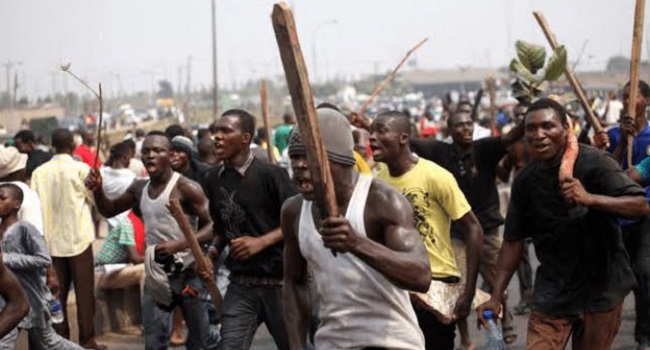 Pandemonium struck in Igangan, a village in the Atakumosa East Local Government Area of Osun State, when hoodlums suspected to be political thugs, set no less than five buildings ablaze.

Reports say the attack by the hoodlums who struck at 8pm on Sunday also witnessed the torching of a vehicle belonging to an indigene of Iwara town, a neighboring community to Igangan.

Reacting to the attack, a resident of Igangan who declined to be named said; “We were too scared to come out when the attackers came. We watched from where we hid as the arsonists set fire to buildings.”

The incident was confirmed by Abiodun Ige, the Commissioner of Police, Osun State Police Command, who informed that calm has been restored in the area with the deployment of more policemen.

The CP said, “Perpetrators of these crimes will be brought to justice. People should stop violence because anyone caught will be dealt with in accordance with the law.”