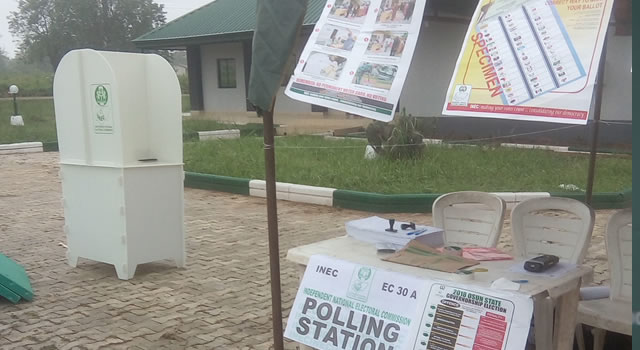 Pandemonium has reportedly broken out at a polling centre in Ilaje, a neighborhood within Ilesha metropolis of Osun State, as armed men suspected to be cultists stormed the area.

The attack by the cultists disrupted the voting process which had just begun as scores of eligible voters were seen scampering for their lives in different directions for safety.

“The incident disrupted voting as many that were in the queue left for fear of being attacked by the hoodlums started beating Oyeyemi inside the polling booth. Those that came are cultists. We know them in this area,” a source said.

“After leaving Ilaje, the hoodlums also went to polling booths around Isale General and Ogbedengbe Area,” the source said.