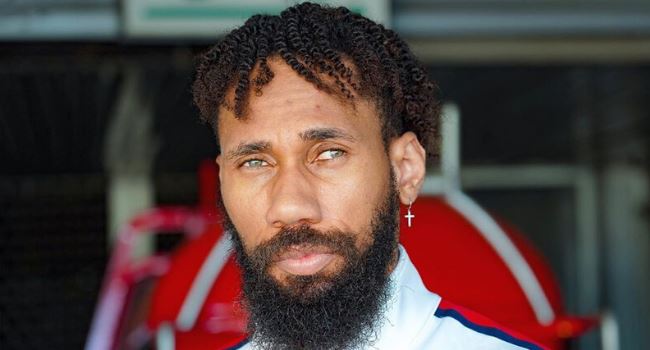 Benevolent billionaire, Femi Otedola has reportedly come to the rescue of a former Theatre Arts lecturer of the University of Uyo, Inih Ebong who was said to be suffering from critical heart problems.

We gather that the business mogul through his Femi Otedola Foundation has offered to foot the bills for the medical operations needed to save the life of the distressed lecturer who reportedly has 20 percent chances of survival.

Further reports reveal that Ebong was sacked by his employers after he had reportedly spoken up against the criminal practices of his university’s management.

Even after different court rulings have instructed the university to reinstate and compensate him, Ebong has remained unemployed, a situation which consequently made him fall gravely sick.

Nobel Laureate, Wole Soyinka is getting set, according to a reliable source, to publish his long-awaited third novel this year to the delight of book lovers and those who closely follow his works.

The yet-to-be titled novel according to findings comes after his last (second) novel Season of Anomy, which was published 48-years ago, that’s way back in 1973 to be precise.

Soyinka’s first novel, The Interpreters, was published in 1965, and it eventually took pride of place in the famed African Writers Series (AWS) when it was first published as a paperback.

It’s no news that street hop singer, Oritsefemi has been accused of domestic violence after reports emerged that he has been physically abusing his wife Nabila Fash, which has thus forced her out of their matrimonial home.

However, an associate of the musician has attempted to explain what actually caused the marriage crisis by revealing in an interview with Juke Box that the singer’s female fans are responsible for the problem that is now threatening to ruin his marriage.

According to the associate who declined to be named; “Oritsefemi’s wife didn’t want him to associate with his female fans, something the singer has frowned at and it is causing friction between the two of them.”

‘Koroba’ crooner, Tiwatope Savage has accused backers of the #EndSARS protesters of not acknowledging the efforts of female protesters in the ongoing demonstrations against police brutality.

The singer, who was reacting to a tweet that acknowledged the efforts of individuals like Wizkid, Davido and Burna Boy in the #EndSARS protests, alleged that the post smacked of gender inequality for not mentioning any prominent female protester.

Tiwa Savage questioned the recognition given to the self-acclaimed African Giant (Burna Boy) who had been heavily criticised for being silent at the beginning of the protest while female participants such as Tacha, Alex, Toke Makinwa, Mercy, and other great women who came out for the protest were not recognised.

Rapper, Phyno has accused the Enugu State government of threatening his life and that of other #EndSARS protesters in the ongoing demonstrations against police brutality and bad governance in the state.

The singer raised the alarm in a post on Twitter on Sunday stating that the Enugu state government should be held responsible should anything happen to them and also accused Governor Ifeanyi Ugwuanyi of storming the protest with thugs who tried to fight them.

“Enugu! Today our lives were threatened and we are making it clear that if ANYTHING happens to any single one of us or any protestors, let it be known that it was done by the ENUGU STATE GOVERNMENT!

“Today, our peaceful protest in Enugu from Ogbete Market to the Enugu State Government House was going well until we reached the government house. Along the way we noticed a group of thugs joined the protests

“The governor came out but refused to speak up and address the protestors, instead he addressed the thugs. The thugs tried to fight us but we maintained peace because we recognized their plan,” Phyno’s post on Twitter read in part.

Celebrity Gist can confirm that as with every submission in the International Feature Category this year, the minutes and percentage of all individual languages in the country-selected film will be required by the Academy.

Chairperson of the Nigeria Official Selection Committee, Chineze Anyaene said that following this approval, the NOSC might consider re-opening the portal for submission, which was closed at 11:59pm on the 2nd October to allow over 5 other filmmakers with Pidgin English films to submit their movies.