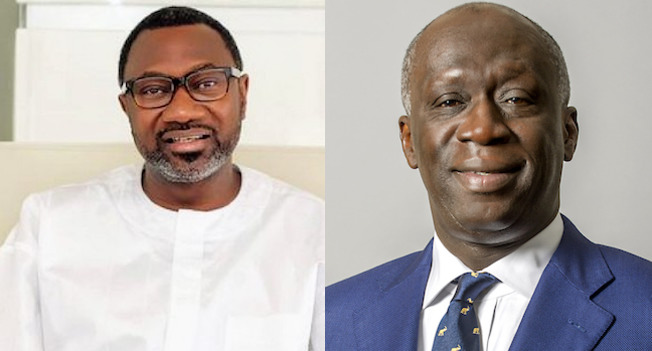 Billionaire, Femi Otedola, has reportedly increased his stake at First Bank Nigeria (FBN) Holdings, putting an end to his ownership tussle with Tunde Hassan-Odukale, amid high volume of trades.

Backstory to the ownership tussle

There had been a dispute between Otedola and Hassan-Odukale following the former’s 5.03 percent stake acquisition in H2 2021. The share dealing resulted to claims that Otedola had become the majority shareholder.

Days after FBN Holdings revealed Otedola’s share acquisition, a letter attributed to Hassan-Odukale challenged the majority claim, stating that he owns 5.36 percent, placing him above the former Forte oil owner.

Hassan-Odukale, who is the owner of Leadway Assurance, had stated that Leadway Pensure PFA’s 1.05 percent stake held in FBN indirectly belongs to him, aside from his other 4.31 percent stake.

This left Hassan-Odukale with 4.31 percent, below Otedola’s 5.03 percent, hence, settling the ownership tussle and majority stakeholder at FBN Holdings.

In the space of four days, Ripples Nigeria noticed 1.444 billion units of FBN Holdings shares were traded, a signal that an investor or investment vehicle was planning a big takeover move.

Between Monday to Thursday, Ripples Nigeria market report showed that investors traded over 128.8 million, 364 million, 441.9 million and 228.5 million shares respectively on the exchange floor of FBN.

The high volume of trades in First Bank’s parent stock is similar to capital market events that occured in Q3 and Q4 before Otedola was announced to have acquired 5.03 percent stake.

The investor behind the high volume of trade has been identified to be Otedola increasing his stake by about 2.5 percent, taking the billionaire’s total stake to 7.53 percent, according to Premium Times.

However, with Hassan-Odukale taking a hit from the PENCOM statement, he’s one of the investors that might be fuelling FBN Holdings as the most active of the 156 stocks during this week’s trading.

With Otedola or Hassan-Odukale linked to the investor acquiring the shares, FBN Holdings is expected to release a statement revealing the identity in the next few days, as mandated by listing rules of the Nigerian Exchange Group.