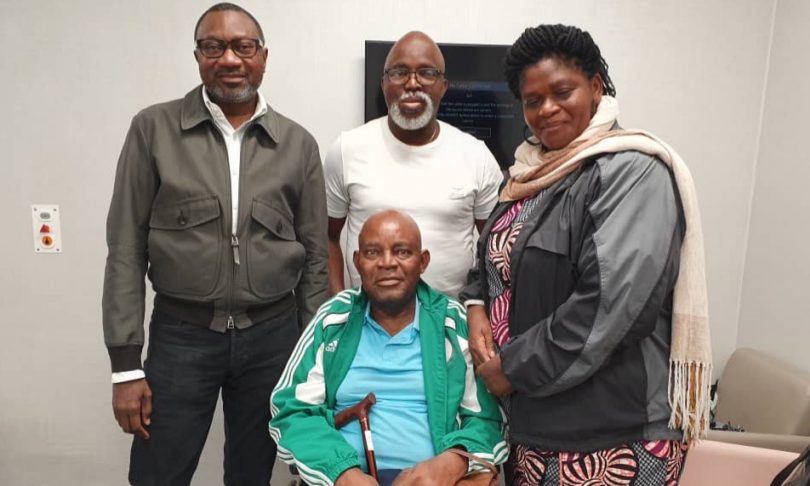 The ex-Super Eagles coach, who fell very ill in May and was flown to the United Kingdom, referred to Otedola, who gave $50,000 for the medical expenses, as an Angel that was sent into his life.

Chukwu also revealed that his ailment did not require surgery as erroneously reported in the Nigerian media space; that the doctors at Wellington Hospital London only gave injections after several tests.

“Otedola is like an Angel that ‘visited my life in the likeness of man,’” Chukwu told CompleteSports in an interview in Enugu.

“I did not know him from Adam. And I believe that he could be a kid when I was still playing.

“And for him to put down his money for my treatment, such a heart of human milk, I cannot describe it. I’m overwhelmed.

“This is a clear message to everyone, even the younger generation of players to always put the nation first,” he stated.

Chukwu, during his playing days, won the 1977 African Cup Winners’ Cup with Rangers as captain and also the Africa Cup of Nations in 1980 with the then Green Eagles.