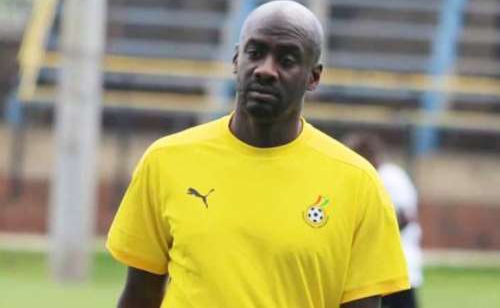 Coach of Black Stars of Ghana, Otto Addo has stepped down as team boss after their exit from the 2022 FIFA World Cup holding in Qatar.

Ghana crashed out of the ongoing tournament after losing 2-0 to Uruguay in their final group game on Friday night.

The West Africans had started their campaign with a 3-2 defeat to Portugal before sealing a 3-2 win over South Korea to keep hopes alive.

But defeat to Uruguay meant they failed to qualify for the knockout stages alongside Uruguay while Portugal and South Korea advanced as group H winners and runners-up respectively.

Read Also: Ghana out of World Cup after loss to Uruguay as Portugal, S’Korea through

Addo replaced sacked Milovan Rajevac in February, initially as interim boss, and was given a deal until the end of December.

The 47-year-old former Ghana international also has the role of talent coach at German side Borussia Dortmund.

“I always said if we qualified for the World Cup I’d resign afterwards, even if we were world champions,” he said after the game on Friday.

“My family see our future in Germany.

“Football is beautiful, sometimes it is ugly. It is ugly for us today. We have to learn and I’m very sure we will learn from this in the future,” he added.

Ripples Nigeria recalls that Ghana was Addo’s first managerial job after several roles at clubs in Germany and Denmark.

Cameroon beat Brazil but crash out of World Cup

Ghana out of World Cup after loss to Uruguay as Portugal, S’Korea through