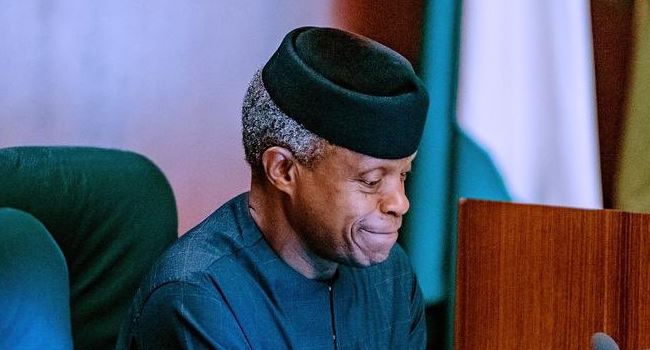 The Vice President Yemi Osinbajo on Saturday night said that the government of Nigeria led by President Muhammadu Buhari and himself “are still very far from touching the majority of those who need help” in Nigeria.

Osinbajo, a professor of law, spoke during an event put together by Airtel in Lagos.

He said aside from the fact the administration currently feeds “about 9.5 million children” and has about “500,000 young men and women” employed in N-Power program, that it still needed “far more resources – to put far more resources behind that programme.”

He said as far back as 2014, that he (Osinbajo), Mr Wale Edun and Professor Pat Utomi, while writing portions of the manifesto for the All Progressives Congress (APC) had agreed that, a basic aspect of the party’s policy, must be to fashion a social safety net for the people of the country.

Under the current Nigerian government, Nigeria suffered an unprecedented recession in 2016.

Currently it is being rated as the world’s capital of people living in extreme poverty,