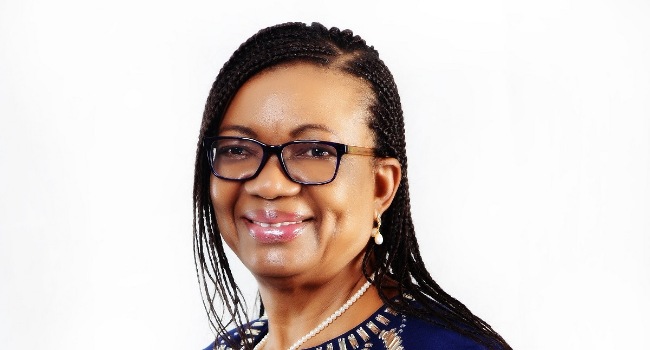 Osaretin Demuren, the outgoing chairman of Guaranty Trust bank has been extended for another three months as the president of the Bank Directors Association of Nigeria (BDAN).

The unanimous decision was reached at the BDAN 24th annual general meeting held in Lagos.

Demuren who took over as the president of BDAN in October 2018, and was expected to retire this month will remain pending election of a new President.

“Since assuming office, I can confidently say that with the support of my colleagues, we have been able to deliver on the mandate of the association by increasing members’ participation, increase in revenue as evident in our financial statements and improved quality of our programmes. There is still more to be done notwithstanding especially with regards to advocacy with the regulators,” she in a statement after the decision was reached.

“I am therefore informing this meeting that this is the last meeting I will be acting in the capacity as the chairman of Guaranty Trust Bank and we are in a transition period, After my 90 days extension whoever takes over as president will further deliver on the aspirations of the association,” she added.

Demuren also noted that at the 20th AGM held on the 4th of July, 2017, the memorandum and articles of association was amended and approved to specifically state in Clause 22 that the chairman of a Bank should Chair every meeting of the Governing Council and act as the President of BDAN.

“In view of this, we will also have a transition period where I will be speaking with my colleagues (chairmen of banks) on who will be my successor. I hereby crave your indulgence as we go through the transition period and assure that members will be carried along throughout the process,” she said.

On decision by Central bank of Nigeria to sack First bank directors, Demuren, called on directors of financial institutions in the country to increase their corporate governance practices in order to ensure stability and accountability in the banking sector.

Related Topics:DSSGTBankOsaretin Demuren
Up Next