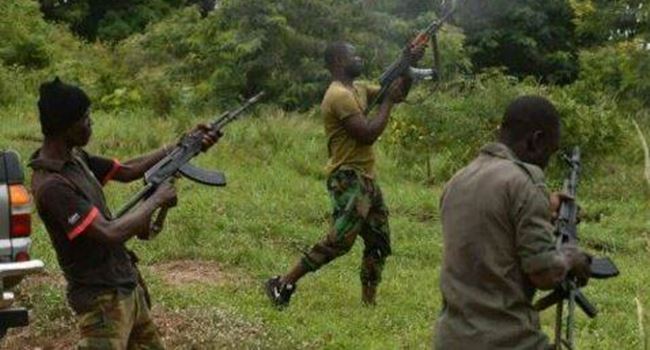 Heavily armed bandits numbering over 150, late Thursday, invaded different communities in Katsina State, killing a number of residents before the police was able to repel them while neutralising six of the bandits in the process.

The bandits, according to the state police spokesman, DSP Isah Gambo, who confirmed the invasion, riding in a convoy of motorcycles, attacked Wurma and Yarbudu villages in Kurfi Local Government Area of the state.

Gambo said the attack on Wurma village was successfully repelled by a team of Mobile Police personnel operating along the Wurma axis who engaged the hoodlums in a fierce gun battle.

“One of the bandits was neutralized and a motorcycle was recovered in the encounter while scores of them escaped with gunshots wounds,” Gambo said.

“Similarly, the Dutsima Police Area Commander led the police troop in the area to block the escape route of the bandits operating at Yarbudu village and equally engaged them in a gun duel in which five of the bandits were neutralized and five motorcycles recovered from the bandits.”

The police PRO added that the Commissioner of Police, CP Sanusi Buba, attributed the success of the police in quelling the bandits attack on the communities to the “doggedness, uncommon courage and tactical operational strategy adopted by the oolice officers.”

“The Police Commissioner urged members of the public to provide credible information on bandits and their informants, especially those supplying them with arms and ammunition as well as other items..

“The Police Commissioner also assured members of the public that the command remains resolute and committed in the ongoing fight against recalcitrant bandits until they are all arrested and dealt with according to the extant laws of the land.”

Related Topics:BanditshoodlumsKatsina communities
Up Next