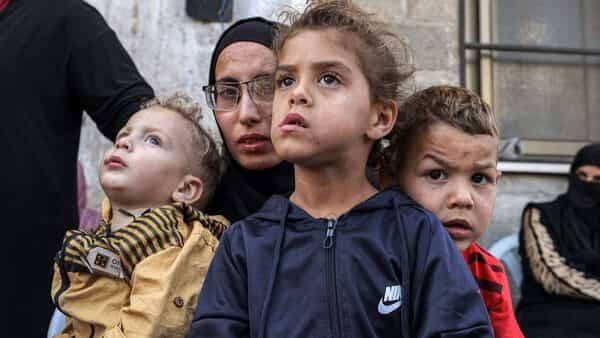 The United Nations Children’s Emergence Fund (UNICEF) has raised the alarm over the fate of over four million children in Europe and Central Asia who are on the verge of starvation as a result of the Russian-Ukraine war.

The UN agency, in a report released on Monday, said the war had pushed four million children into poverty due to the rising inflation caused by the war.

According to the agency, the figure which represents a 19 percent increase since 2021, showed that children were “bearing the heaviest burden” of the conflict.

UNICEF said it relied on a study which included data from 22 countries in the region, but however, said the impact of the war had been particularly severe for children in Russia and Ukraine.

“In Russia, an additional 2.8 million children live in households below the poverty line, according to the study.

“In Ukraine, half a million additional children were living in poverty, followed by Romania, with an additional 110,000 children,” the report said.

It warned that a sharp increase could result in an additional 4,500 children dying before their first birthdays.

The report which was issued by the agency’s Regional Director for Europe and Central Asia, Afshan Khan, said “the war’s economic consequences were devastatingly impacting children.”

“Children all over the region are being swept up in this war’s terrible wake. If we don’t support these children and families now, the steep rise in child poverty will almost certainly result in lost lives, lost learning, and lost futures,” Khan stated.

“One in three children born and raised in poverty would live their adult lives in poverty, leading to an intergenerational cycle of hardship and deprivation.

“We have to protect and expand social support for vulnerable families before the situation gets any worse,” added Khan.