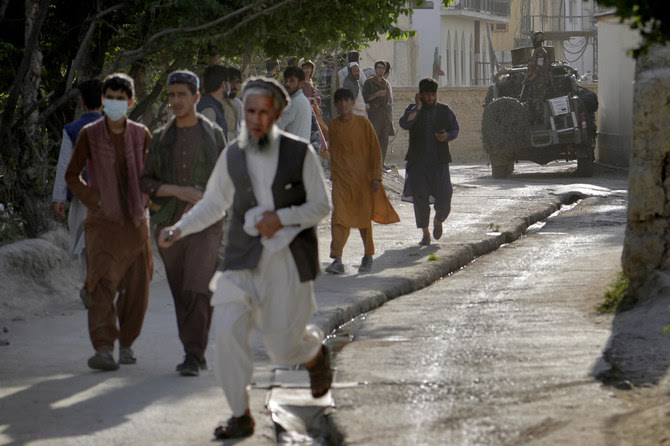 More than 50 worshippers were killed in a powerful explosion at a Sunni Mosque in Kabul, the capital of Afghanistan during Friday prayers, the head of the Mosque, Sayed Fazil Agha, said in a statement on Saturday.

The attack came as worshippers at the Sunni Mosque gathered after Friday prayers for a congregation known as Zikr, an act of religious remembrance practised by some Muslims but seen as heretical by some hardline Sunni groups.

The Friday blast is the latest in a series of attacks on civilian targets in Afghanistan during the Muslim holy month of Ramadan, according to Agha.

Agha said someone they believed was a suicide bomber joined them in the ceremony and detonated explosives.

“Black smoke rose and spread everywhere, dead bodies were everywhere. I myself survived, but lost my beloved ones. The blast was very loud, I thought my eardrums were cracked,” he said.

An emergency hospital in downtown Kabul said it was treating 21 patients and two were dead on arrival. A worker at another hospital treating attack patients said it had received 49 patients and around five bodies.

“10 of the patients were in critical condition, the source added, and almost 20 had been admitted to the burns unit,” an official at the hospital said.

The deputy spokesman for the interior ministry, Besmullah Habib, who also confirmed the incident, said the blast hit the Khalifa Sahib Mosque in the west of the capital in the early afternoon, but however, put the death toll at 10 while a spokesman for the ruling Taliban, Zabihullah Mujahid, also released a statement condemning the blast and saying the perpetrators would be found and punished.

North Korea warns South it would use nuclear weapons if threatened