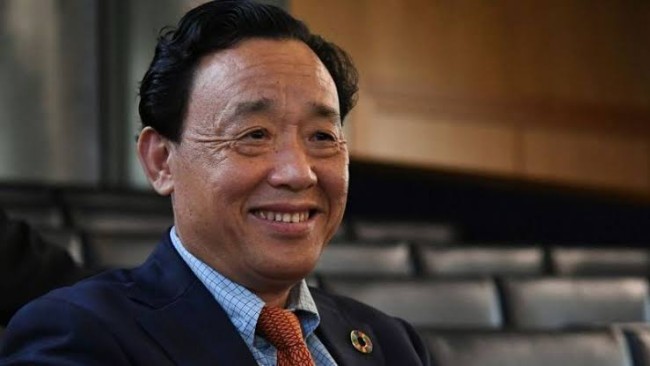 The United Nations’ Food and Agriculture Organisation (FAO) has decried the increasing levels of soil salinisation and degradation, saying over 833 million hectares of soil were already affected by salt globally.

According to the UN agency, the increasing soil salinization has become a threat to global food security.

Specifically, the FAO Director-General, Qu Dongyu, speaking ahead of the World Soil Day, said the situation will largely affect soil productivity in many countries, making them incapacitated for soil analysis.

According to him, soil salinisation occurs when dissolved salts in water bodies rise to the soil surface, thereby accumulating as water evaporates, largely caused by the application of irrigation water or heavy rainfall which causes water bodies to rise.

“Soil is the foundation of agriculture and the world’s farmers depend on soil to produce about 95% of the food we eat. Yet, our soils are at risk,” Dongyu said.

In a document made available to Ripples Nigeria by FAO, the organisation stated that an estimated 833 million hectares of soils worldwide are “salt-affected”, while about 10 per cent of croplands worldwide are also affected.

“Unsustainable agricultural practices and the overexploitation of natural resources as well as a growing population are putting increased pressure on soils and causing alarming rates of soil degradation globally.

“Over 833 million hectares of soils worldwide are already salt-affected, as shown on the Global salt-affected soils map launched by FAO in October.

“Estimates indicate that more than 10 per cent of cropland is salt-affected, which poses a major risk to food security worldwide. Some of the worst affected regions are in Central Asia, the Middle East, South America, North Africa and the Pacific.”

However, FAO noted that the situation can be managed by applying drainage management techniques, selecting salt-tolerant crops and aggregating accurate and reliable soil data.

“The management of salt-affected areas demands an integrated approach, embracing sustainable soil and irrigation and drainage management, the selection of salt-tolerant crops and plants including halophytes, which can grow well in such environments,” the document read in part.

Also, Dongyu harped on the importance of strengthening the capacity of soil laboratories to provide reliable data on which sound decisions can be made to ensure sustainable soil management and prevent soil degradation.

According to him, the inaction in maintaining and restoring soil health can have adverse consequences on the UN’s sustainable development agenda.

Related Topics:FAONigeriaQu dongyu
Up Next