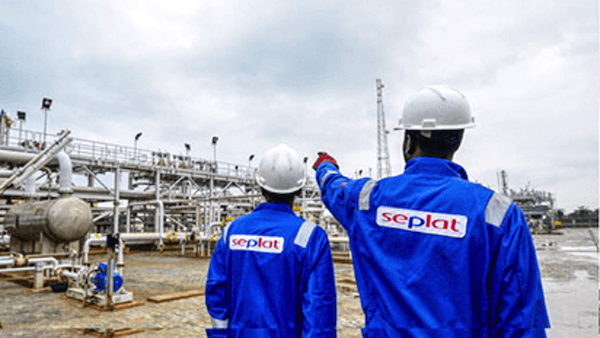 Seplat Chief Executive Officer, Roger Brown, the chairman, ABC Orjiako and other investors in the company lost 6% of their investment in four days, as the firm’s control damage over ExxonMobil acquisition deal failed to appease Nigerian investors.

The company’s share had started the week at N990 per share, but within four days, Seplat asset in the Nigerian capital market slumped to N930 on Thursday, after trading flat at N960 between Tuesday and Wednesday.

The 6% dip in the asking price of Seplat was occasioned by sell off among shareholders, as investors became wary of the oil & gas company’s future revenue generation, following uncertainty surrounding its deal with ExxonMobil.

Ripples Nigeria had reported that Seplat announced on February 25, 2022, that its management acquired Mobile Nigeria Producing Unlimited from ExxonMobil, with the deal awaiting government approval.

However, since the deal was announced, there have been several reports that the acquisition might fall through due to regulator, Nigerian National Petroleum Corporation (NNPC) Limited blocking the sales.

Some of the reasons reported included NNPC’s interest to takeover ExxonMobil’s share by triggering it’s right of refusal as co-investor in MNPU, as well as demanding decommissioning of the oilfield before sale can be approved.

Since the reports came out, investors’ view over Seplat has been bearish, resulting to a sell off, after the acquisition announcement had propelled the bulls towards Seplat’s stock.

While Seolat has come out to deny those claims, the denial seems to be having no effect on the capital market’s sentiment towards the firm, as the asking price for the share continued to drop.

The 6% decline represents N35.30 billion loss in Brown, Orjiako and other shareholders total investment in Seplat, which is now down to N547.25 billion, against the N582.56 billion they held at the opening of the capital market on Monday.