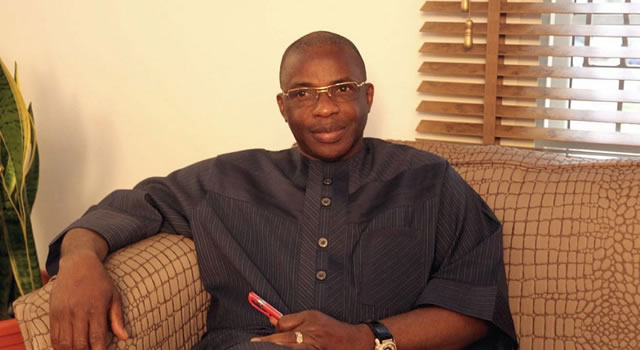 Owerri Zone has been very busy with the agitation of marginalization in the governorship equation of Imo State. Precisely, they say they have been shortchanged and that it is their their turn now to produce the governor of the state in 2019.

This agitation from Owerri Zone is not new, but the strategy has remained the same. Despite the unchanging strategy, Owerri Zone has not been able to identify the right channel or route to their Eldorado. And if the zone believes that all road lead to the same place, then they should have more cause for worry.

Apart from obvious inability to identify the right channel, it is unfortunate that despite their large size (9 local governments) and strategic position Owerri Zone has remained weighed down by disunity, blackmail, backstabbing and the pull him down syndrome. Traits like these among brothers do not enhance their welfare but diminishes their collective efforts to a common goal, because it quickly builds fear and distrust instead of enhancing confidence and fortitude.

But for whatever reason, Owerri Zone got a penalty kick in 2015. Four of their sons got the tickets of four political parties: Mr. Ken Ojiri (Accord), Mr. Osmond Imo Ukanacho (UPP), Capt Emma Ihenacho (APGA) and Rt Hon Emeka Ihedioha (PDP).

But what happened? The final result said that all of them lost to the incumbent Governor Rochas Okorocha.

But wait! It was not like they lost just like that. They lost because their people helped them lose.

For example, As early as 2013, a movement known Owerri Zone Political Leaders Forum (OZOPOLF) took the political landscape of Imo State by the storm. With their leader, Chief Charles Amadi, leading from the front, it was as if the battle has been won, that it was no either the governorship or nothing. They toured the entire zones in the state and met with various groups and leaders, including former Governor Achike Udenwa and former Deputy Governor Douglas Acholonu, etc.

But few days to the governorship election in Imo State, this once formidable group offered themselves up for sell. And who brought them? Governor Rochas Okorocha. Dr Orijeze Ajumbe who has since left Okorocha and pitched tent with his nemesis, Ifeanyi Araraume, had disclosed how he facilitated the sale of OZOPOLF, saying that its leader got land and huge cash in exchange.

Again, one major individual who goes by the alias of The Great Mobilizer had also come up in the PDP. He was leading the charge from the PDP front for Owerri Zone to realise their ambition of producing the Governor of the state in 2015. But once he did not win the primary election he forgot all that happened, including how Imo people, especially Owerri Zone, rallied round him, when the Governor swore he would not get his chieftaincy title.

Read also: The season of recanting

He got his chieftaincy title eventually, but he forgot all the claim to the governorship for his Zone when he lost the governorship primary election. He also offered himself for sell and he was bought. But Owerri Zone lost also.

And as usual, as the 2019 general elections draw nearer, Owerri Zone has come up again with the claim to governorship. But the point is: what new thing is Owerri Zone doing?

Owerri Zone has begun to do what they have always done. They have come in their numbers in various prominent political parties across the state, all running for governorship, with all heading for a collision. The same moves are going on in circus and they seem inherently helpless to stop this drift.

When a people continue to drift and bicker that is when the elders summon them to an early morning meeting to offer them sincere directions, because an elder does not sit at home and watch the goat deliver in the tethers.

If the elders allow the coming collision what will be left of the Owerri Zone could only be imaginable for the foreseeable future in the politics of the state. This is why I offer Owerri Zone the surest route to becoming the Governor.

This route, as short as it is, will run for only four years. That is, that Owerri Zone should sit down and see what an elder sees sitting and realise that it is unprofitable to behave like the Israelites who spent 40 years in the wilderness to reach their promised land, by taking the shorter Ikedi Ohakim’s four-years-term route.

When we were growing up, we were told that no one swallows medicine because it is sweet but because it cures an ailment. Owerri Zone should therefore not see four years as a long time but see it as a very short time that it is.

Four years could be a long time and some people might consider it unreasonable to wait for Ohakim’s four years final term. But consider this: in about 12 months there will be governorship election. This means that in about one year Okorocha’s four years would end. And by that too Owerri Zone would have waited for four full years.

If Owerri Zone had waited for four years and allowed Ohakim complete his term, they would have ended their four-year-wait in 2015. But because they voted Ohakim out, they have inadvertently waited for 8 years, from 2011 to 2019. This waiting can only end by taking the shorter route.

It is better for Owerri Zone to behave like real elders, use their tongue to count their teeth. Otherwise, Owerri Zone could be shooting themselves in their legs and thus crippling themselves.

Of course, Owerri Zone has felt the pangs of the Okorocha’s government they produced, as the state government has gone ahead to destroy almost everything Owerri was known for and held very dearly, such as the Ekeukwu Market, New Market, Arts and Culture, demolished properties, lands grabbed from their owners, etc.

If Owerri Zone does not get it right by taking the Ikedi Ohakim four-years short route, they may be birthing a fresh alliance between Okigwe and Orlu Zones. If Owerri forces this alliance to birth, they could expect that Orlu and Okigwe would rotate the governorship between themselves.

Owerri Zone can continue to wait if they get it wrong again.

The season of recanting