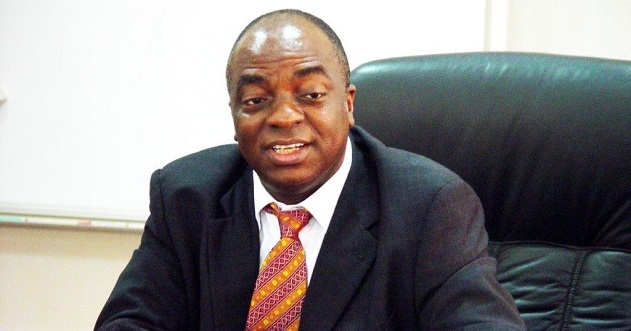 The founder and presiding bishop of the Living Faith Church Worldwide, aka Winners’ Chapel, David Oyedepo, has joined other notable Nigerians calling on President Muhammadu Buhari to resign over wanton killings by suspected Fulani herdsmen.

The message of the fiery cleric, which he made at the church’s headquarters at Ota, Ogun State and posted as a YouTube video in the official page of Winner’s Chapel, called on Buhari to “Resign! Get out of office”.

He also spoke against the Federal Government’s plan to build ranches for herdsmen across the states of the country, saying that Nigeria can never be a “Fulani republic.”

Oyedepo said that notwithstanding that he was not partisan, that the last thing he would do so long as he remains alive will be to keep silent and watch Nigerians being massacred, especially in the Middle Belt by suspected Fulani herdsmen.

The cleric spoke on a message entitled “Enough is enough,” recalling how he was attacked by some people for opposing a Buhari presidency in 2015.

“When I was talking in 2015, people were saying my own was too much, now everybody can see what’s happening. What has moved forward in anybody’s life? You don’t know it’s war. Why are they attacking the Christian communities? Why has nobody been arrested? I can tell you this, the authorities and the powers that be are behind them.

“I will never be partisan; Jesus got me out of it in 1984. But I will not be alive to see innocent people massacred.

“We must wake up and push this evil back. Not one of those so-called herdsmen – they are jihadists – has been brought to book till date. Herdsmen don’t shoot; they have been here all along. They are just taking cover under the herdsmen to assault innocent citizens. They wake up in the night and slice innocent children to pieces. Yet, you have a government in place. What!

READ ALSO: My summon by police a ploy to stop mass defection of NASS members from APC— Saraki

On the issue of ranching he said, “I’m going to say this and I’m not going to be tired. This (Nigeria) will never be a Fulani republic. That is not our terms of agreement. It will remain a secular nation till Jesus returns. It’s not just (about) land, it’s (about) heritage.

“Forever, I stand on the fact that no government has the authority to collect land from those who own it and transfer it to another person because on the other side (presumably the north), it never happens.”