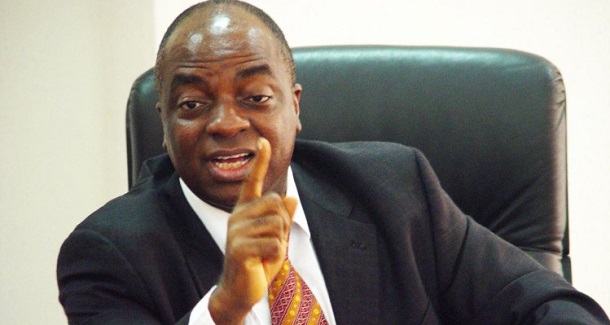 Founder of the Living Faith Church, Bishop David Oyedepo, has laid curses on killer herdsmen and those supporting them.

The Bishop, who was reacting to the slaughtering of innocent Nigerians including toddlers in Plateau State, decried how a people would value cows more than the lives of their fellow human beings.

The fiery Bishop poured out his heart on the vexed issue during one of the church’s programs on the heels of the massacre.

He said, “We are on the verge of an outburst. This Islamists are not relenting. And cursed be anyone from any quarters backing these wanton killings in Nigeria. Cursed be their roots and their generations.

“Not one herdsman has been accosted. Even when they were brutal enough to announce. They are poised for war but it will be in their own house. Everybody, whether in government or out of government, any demonic agent that’s after the destruction of this nation, the Lord God destroy them and their household.

“Eleven villages were sacked in Plateau and by now since this their callous acts started, 52 villages are empty….when there is no war! Cursed be all forces behind this wanton killings!

“If I be a man of God, let the fire of divine vengeance fall upon their head! Join in this warfare prayer, they won’t know where the war is coming from but they won’t wake up in the morning…and the Christians are their targets. In the name of Jesus, divine vengeance will target them and bring them down.

“We are told from the news that ISIS has found their way to Nigeria. Whatever channel they came from, they will return from that same channel. The Angels of God will fight all the enemies of this nation. War shall not break out in Nigeria, it will break out in their own houses and take them off one by one. Curse these operators and their backers, curse them in the name of the Lord.

“Nigeria is not a Fulani republic, let every devil be concerned. I will never become one. We didn’t sign a deal to live together as a Fulani Republic. Everybody that carries that thought and wants to implement it, the power of God will bring them down. Now in Nigeria, cows are more valuable than human lives. Authority claims they haven’t found anybody to claim responsibility when it was announced.

Further speaking he said, “The present system must be prayed against…and God will bring them down.

“Is cattle business government business?
If everybody whose shop is robbed goes about killing people, will it be taken?

“Don’t let anybody take you for a ride. Self Defence is entrenched in the constitution. Give it what it takes to show that you’re not a dummy.

“I am ordained a shepherd over a generation. I have a commitment to please God. Don’t let any devil take you for a ride.

“Somebody announced that ‘we killed them and we will still kill them’ and they have not picked them up. What?!!!! Can’t you tell who is behind it?

YOU MAY ALSO LIKE : ALLEGED ETHNIC CLEANSING: This can lead to the end of Nigeria, APC chieftain tells UN

Let all media people carry it. This is the voice of the Lord for the hour. The anger of the Lord is against the wicked and it shall land on their heads.”

PDP TO BUHARI: Show respect for the dead