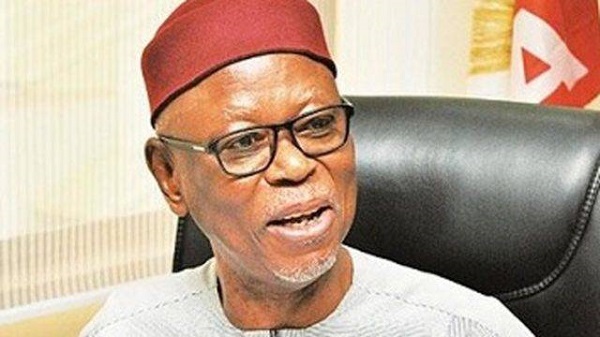 The appointment was announced on Tuesday, December 15, through a communiqué signed by the Secretary of the committee and an APC chieftain from the region, Lucky Imasuen, after a meeting of party leaders from the geo-political zone in Abuja.

Other members of the reconciliation committee include Imasuen who will be the Secretary, Chief Sunny Jackson, Dr. Mrs. Maryam Ali, Dr. Sam Jaja, Senator Clever Ikisikpo and Chief Emmanuel Nsan.

Read also: ‘When you get a man of that quality, it’s always a good thing’, Oyegun welcomes Dogara to APC

The communiqué read in part:

“The meeting applauds Mr. President for the tremendous work he is doing under very difficult circumstances. Consequently, a vote of confidence was passed on the administration of President Muhammadu Buhari.

“The meeting condemned the divisions amongst the leaders and urged on the need to foster unity in the zone.

“The meeting resolved to set up a committee of six persons of integrity to handle reconciliation and issues from the various states.

“The meeting called on leaders to use the membership revalidation, and update exercise as a tool for ramping up our support base and for unification of the party in the region.”

Related Topics:OyegunSouth-South reconciliation committee
Up Next