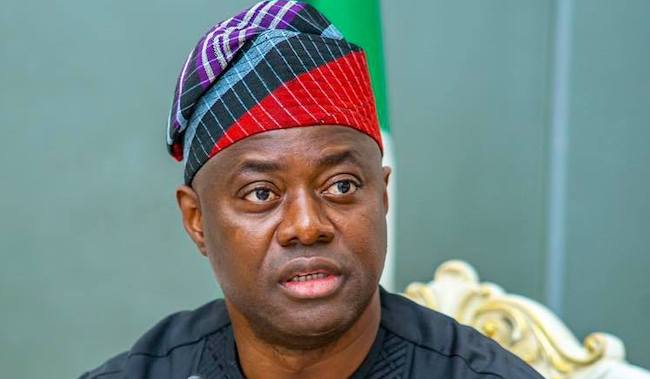 The Oyo State Chapter of the ruling All Progressives Congress (APC) has accused the Peoples Democratic Party (PDP) and the Independent National Electoral Commission (INEC) of alleged plans to change the location of some polling stations in a bid to frustrate the electorate on the day of the election.

The accusation is contained in a statement signed by Olawale Sadare, the Publicity Secretary of the APC in the state, and made obtainable to news men on Sunday in Ibadan, the state’s capital.

Sadare further claimed that the PDP had an intelligence report revealing how the state governor, Seyi Makinde, had allegedly compromised wayward officers of INEC to help him to relocate some polling units in the state to non-existing locations.

According to the statement, “Makinde, already getting the signals pointing to his inevitable electoral doom, has issued a standing instruction to some bad eggs within the Oyo State office of INEC, to immediately relocate several polling units across the state, from their advertised addresses to unknown or obscure locations.

“A run-through of the affected units revealed clearly the devil behind the detail; they are units considered strongholds of our party, which given the pervasive atmosphere of free, fair and credible elections in Nigeria, our party is expected to win hands down, without fuss.

“Not only would this plot cause voters incalculable stress on election day, for many will be hearing of such for the first time on poll day, but many will also become disenchanted once they are unable to locate the new polling units. This will then drop the idea of participating in the voting exercise and thus reducing the chances of the electoral victory of the preferred candidate”.

The party wondered why Governor Makinde and his party, the PDP had to be allegedly plotting electoral fraud day and night, despite boasts declaring his re-election a walk-over, and deadly propaganda to boot, the party said “no matter the depth of their plots or the dexterity of their schemes, the resolve of the good people of Oyo State to free themselves from a government of deceit, will always tear it all to smithereens.

Part of the statement further reads: “By this notice, we alert the INEC Chairman, Prof. Mahmood Yakubu, the Zonal Electoral Commissioner, the Resident Electoral Commissioner and all electoral stakeholders to beam the commission’s searchlight on the activities of INEC staff, especially those in the Oyo State office, so that they do not allow some bad eggs tarnish the commission’s hard-earned reputation nor put to disrepute, its concerted efforts at organising free, fair and credible polls.

“We have put behind us the ugly experience of 2019 when a supposed unbiased umpire became an interested party and connived with the PDP to perpetrate electoral fraud. The hatchet job was well done such that most polling stations were turned to drinking joints by PDP members as early as 12 noon on the election day as a result of the assurance they had got.

“But this time round, INEC shall be made accountable for all unclaimed PVC, electoral materials and the proper conduct of the poll.”