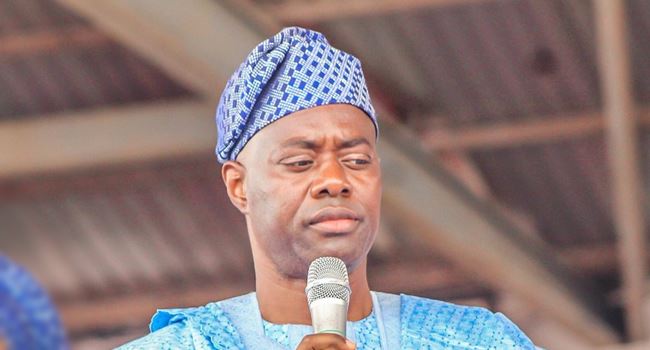 Oyo State Governor, Seyi Makinde, said on Monday the state had a backlog of N26 billion in unpaid gratuities to 6,274 pensioners.

Makinde, who revealed this while presenting cheques to some of the beneficiaries of the N180 million gratuities for 2013 retirees, said his administration had been making efforts to offset the debt despite the limited sources of funds for the state government.

He said: “I gave you a promise that as our economy is getting expanded, so also we will be adding more to what we need to pay to pensioners to ensure that we shorten the period within which we can offset this debt.”

The governor assured the people of the state that his administration remained committed to finishing whatever the previous administrations had left undone, including payments.

“When a child inherits fortune from his father, he will not reject it.

He stressed that those who had served the state diligently needed all the support they could get from the state government.

“Ordinarily, the payment of gratuities to retirees should come immediately after retirement.

“Despite the meagre resources available to the state, my administration will continue to bring relief to the entire workforce in the state and its senior citizens.

“This symbolic presentation of cheques is for retirees who finished the processing of their retirement papers in 2013.

“In total, 82 of these retirees will be paid their full retirement benefits.

“Seven years is a long time for anyone who could not work to wait to get paid their benefits.

“Such payment should ideally come immediately upon retirement and it is indeed disheartening that the previous administration did not do what was supposed to be done when it should be done.

“We are able to do this because we increased monthly allocation for gratuities from N100 million to N180 million with effect from June 2019.

“What this means is we have committed N1.908 billion to this payment in the past one year with a total number of 886 retired civil servants, hospital workers, teaching and non-teaching staff benefitting.

“I give you the assurance that we will keep paying off these debts and I know we will finish paying them,” Makinde assured the retirees.