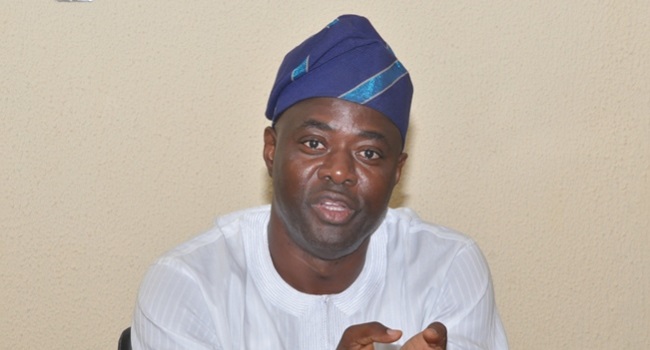 Five political parties in Oyo State have accepted Oluseyi Makinde, of the People’s Democratic Party (PDP), as their consensus governorship candidate for the forthcoming governorship poll.

The agreement was made public yesterday in Ibadan when Senator Rashidi Ladoja, former governor of Oyo State and Osi Olubadan of Ibadanland, made a public presentation of Makinde.

Makinde’s presentation took place during a world press conference with the theme: ‘Oyo 2019: We Stand by Seyi Makinde.

During the presentation, Ladoja, who is the leader of ZLP and the coalition, said: “It is my pleasure to present to you the agreed candidate for the election coming up on Saturday, and who, ‘Insha Allah’ (by God’s grace), will become governor-elect on that day, and will be subsequently sworn in on May 29, as governor of Oyo State.”

“In equal measure, we endorse Makinde as our sole candidate. Though a, very tough decision considering the human and material resources, as well as time already expended, in pursuance of our individual governorship bids, not minding the contacts and tours already made to the 33 local government areas of the state, it is our firm belief that no sacrifice is too much for the liberation of our state from the clutches of godfathers, and capitalists headquartered outside Oyo State,” he added.