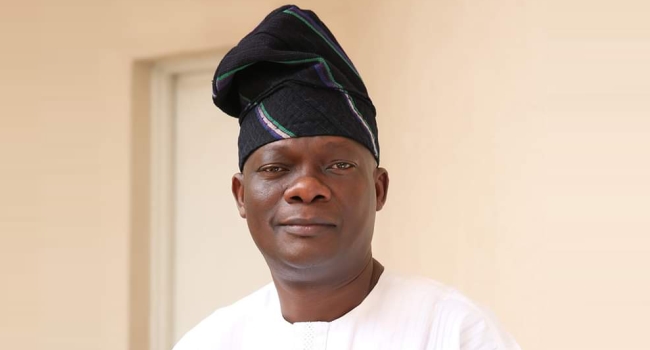 The Senator representing Oyo Central Senatorial District at the National Assembly, Teslim Folarin, has listed items carted away from his Ibadan home by hoodlums and angry youths.

The senator’s house was invaded in continuation of violent reactions that followed the shooting of peaceful #EndSARS protesters at the Lekki Toll Plaza in Lagos.

According to the lawmaker in a statement on Saturday, over 1,100 empowerment items such as motorcycles, deep freezers, generators, and grinding machines, among others were looted.

He also described the looters as “coordinated hoodlums”, adding that the invasion was evil, barbaric and unfortunate, insisting that the invaders and looters were not the same youths protesting against police brutality and calling on the government to end SARS.

According to him, the incident was pure daylight robbery, adding that the attackers broke down doors to rooms in the house to steal valuable assets.

He said: “The actions of the hoodlums are condemnable, and it is very disheartening that some bad elements in our society are hiding under the guise of #ENDSARS protests to loot and disrupt peaceful atmosphere in Nigeria.

“I thank God we did not record any fatality, despite the violent invasion of my Oluyole house, looting of materials and vandalisation therein.

“For the sake of clarification, I have just formally taken receipt of the empowerment materials from a federal agency coordinating constituency projects for federal lawmakers.

“Also, I used my personal money to procure additional materials. I took stock of the materials ahead of a mega empowerment programme scheduled to hold in November 2020.

Obasanjo not qualified to speak on Lekki shooting –Odi Community