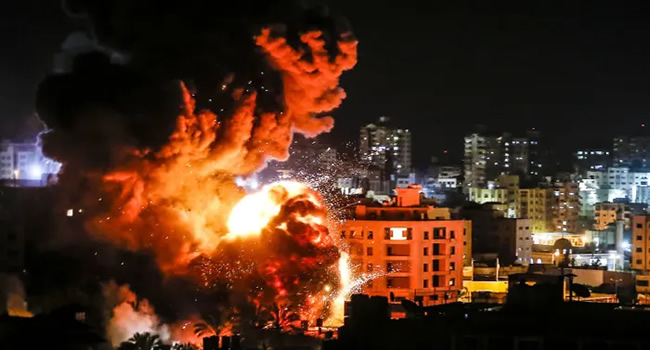 A Palestinian journalist, Yusef Abu Hussein, has been killed when his house in Gaza’s Sheikh Radwan neighbourhood was struck by Israeli missiles.

Hussein, a broadcaster for the local Voice of Jerusalem radio station, was among the four Palestinians killed in the early hours of Wednesday as Israeli relentless bombings of Hamas locations in the Gaza Strip entered the 10th day.

“We were able to get out of the house. But my boy, Yusef … was killed,” he said.

The news of Hussein’s killing sparked an outpouring of grief and calls for the Israeli government to be held accountable.

The radio station said in a statement it mourned the loss of its “son and employee” and called for a vigil at 5pm at al-Shifa hospital.

“We also document, in front of the world, this heinous crime committed by the Israeli enemy, including targeting civilians in their homes and attacking the press and media personnel.

“Let us affirm that the Voice of Jerusalem Radio will continue to be a voice of truth that exposes the crimes of the Israeli occupation.

“We will remain a platform for Palestinian resistance and the Palestinian right until our people obtain their right to freedom and live in dignity.”

The International Federation of Journalists reported Hussein’s killing in the air raid, with General Secretary Anthony Bellanger writing on Twitter that: “The Israeli government must be held responsible.”