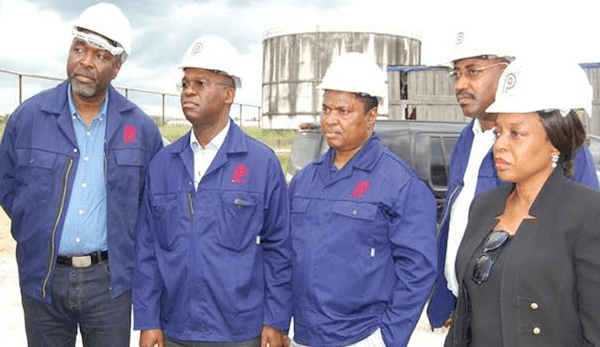 Pan Ocean Oil Corporation Limited, whose entire assets have been confiscated amidst a stormy dispute over a N240 billion accumulated debt, has condemned the Asset Management Company of Nigeria (AMCON) for the takeover despite a related lawsuit pending at the Lagos Court of Appeal.

“This was done despite a pending lawsuit marked FHC/L/CS/552/2020 which is before the Court of Appeal in Lagos,” Pan Ocean said Thursday in a statement obtained by Ripples.

Oluwemimo Ogunde (SAN), counsel to Pan Ocean, had informed Justice Mohammed Liman of a Federal High Court in Lagos of the outstanding case while also asking the judge for a stay of execution on the court order permitting seizure of the properties, the oil and gas firm added.

Earlier, AMCON and its assignee had impounded the entire assets of the company on the strength of a court order reportedly issued Justice A.M Liman of a Federal High Court.

The court also granted an order appointing the government agency as a receiver manager and its designated human nominees (Mr. Kunle Ogunba Esq. SAN), its privies and assigned over the assets of Pan Ocean, their corporate guarantors, cronies and cohorts to take over a number of its prime assets over a humongous unsettled debt owed AMCON by Everest Nominees, Pan Ocean and their promoters as well as directors.

Apart from the authority to take control of Pan Ocean’s properties located in upscale neighbourhoods in Lekki, Victoria Island and Ikoyi all in Lagos, AMCON was offered the liberty to take over its oil prospecting licences including Oil Mining Lease (OML) 152, OML 98 and OML 147 (formerly OPL 275).

There have been speculations in recent times that the outrageous debts of Fadeyi and his companies contributed largely to the liquidation of the defunct Skye Bank in 2018, prompting the Federal Bank to inject N786 billion lifeline to its successor, Polaris Bank