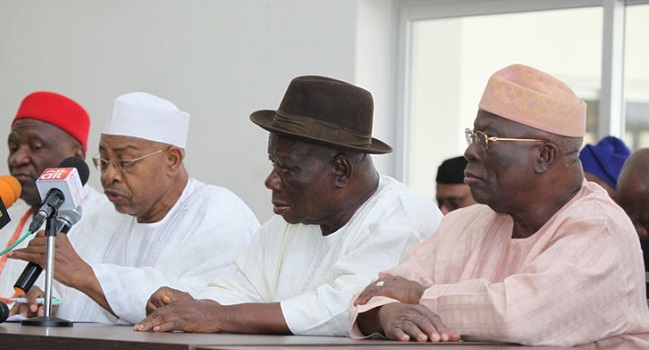 The Pan Niger Delta Forum (PANDEF) has opposed plans by the Federal Government to spend the £4.2 million loot recovered from James Ibori on projects outside Delta State.

This was contained in a communiqué issued by the National Executive Committee (NEC) of PANDEF and signed by its new National Chairman, Senator Emmanuel Ibok Essien.

Ripples Nigeria gathered that this consensus was reached at the end of a virtual meeting on Friday, March 12.

The NEC meeting was the first to be held by the forum after the emergence of Essien as its new National Chairman.

The communiqué stated: “PANDEF restates its commitment to engage with all critical stakeholders of the region, irrespective of political inclination, in its efforts to foster unity, lasting peace, security and sustainable development of the Niger Delta region for the benefit of present and future generations.

“It criticises the Federal Executive Council’s approval for the reconstruction of Abuja-Kaduna-Zaria-Kano Road at an outrageous amount of N797 billion while road projects in the Niger Delta region have been fund-starved or abandoned.

“Meanwhile, oil and gas resources from the Niger Delta remain the nation’s economic mainstay. This sort of inequitable approval does not only further characterise the Federal Government as non-nationalistic but also undermines national concord and peace.

“The forum decries that no inch of construction has been added to the East-West Road, which connects the six states of the South-South geopolitical zone in the almost six-year life of the present administration; leading to a situation whereby the Ministry of the Niger Delta Affairs has been, reportedly, compelled to apportion N15 billion of its paltry budgetary allocation for the year 2021 to facilitate minimal works on the road while similar and even less significant projects in the country are placed under SUKUK funds, AfDB, recovered Abacha loot, etcetera.

“The forum commends the ongoing Forensic Audit of the Niger Delta Development Commission (NDDC) and urges its speedy conclusion. However, it notes with concern the continued non-composition of a substantive Board and management for the Commission by the Federal Government, and therefore, calls on President Muhammadu Buhari to, without, further delay, reconstitute the Board of the NDDC.”