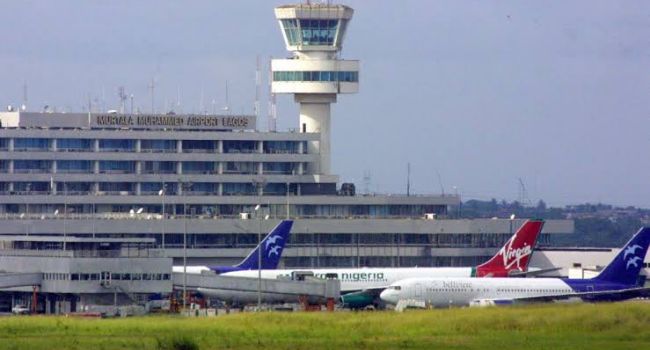 There was panic on Thursday at the Murtala Muhammed International Airport, Lagos, when the mangled corpse of a man was found on the Runway 18R of the airport which forced a temporarily shutdown, forcing international flights scheduled for landing to be diverted and turned back.

One of the flights affected by the shutdown was an Ethiopian Airlines flight 3907 which was coming into Nigeria from Lome, Togo, but was forced to return to the West African country.

Though the identity of the corpse could not be ascertained, airport officials suspect the victim could have been knocked down by an aircraft wing while either taking off or landing on the runway.

A senior staff of the Public Relations department of the International airport who confirmed the incident to Ripples Nigeria on Friday morning said the management of the airport has begun an intensive investigation to unravel the identity of the dead man.

The official who spoke on the condition of anonymity, said the runway was shut down to enable officials of the Federal Airports Authority of Nigeria (FAAN) and the Airport Police to evacuate the corpse from the runway.

“The corpse was discovered by FAAN officials on Runway 18R around the cargo area during a routine inspection on Thursday.

“The incident is being investigated by FAAN. So far, no one knows the identity of the victim but we suspect he could have been knocked down by an airplane taking off in the night. We will be able to determine how it happened at the end of the investigations,” the official said.