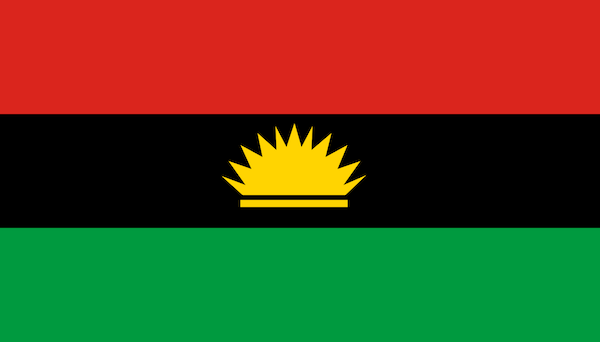 The Movement for the Actualization the Sovereign State of Biafra (MASSOB) on Tuesday condemned an alleged statement by the Enugu state commissioner of police, Suleiman Balarabe, where he reportedly said that the killers of Rev. Fr. Paul Offu have been arrested.

Fr Offu, a Catholic priest of Enugu Diocese, was killed by suspected herdsmen along Ihe-Agbudu Road in Awgu Local Government Area of the state on Thursday night.

A statement by MASSOB’s National Director of Information, Samuel Edeson, described the alleged statement by the state commissioner of police as ridiculous, adding that it was shameful for the police Chief to have created wrong impression in order to divert attention.

The statement said: “It is ridiculous and shameful to create this insensitive and wrong impression to divert attention. The killers of Rev. Fr. Ofuu are still hiding in the forest with their cows while the police went about arresting innocent people claiming that they are the killers of the Rev Fr Offu.

“These systematic and religiously minded killings of Christians of southern and Middle Beltans can never stop because almost ninety per cent of divisional police officers (DPO’s) in Enugu state are from the northern extraction that has been mandated primarily to protect these terrorist Fulani herdsmen.

“The commissioner of police, Enugu State should stop deceiving the people of Enugu State. If truly he is sure of himself that the killers of Rev fr. Paul Offu have been arrested, he should be bold enough to parade them. Some weeks ago these terrorist Fulani herdsmen attacked and kidnapped passengers at Agbani – Ugbawka – Nkerefi Road, some of the villagers that went to the police station at Agbani to alert the police about the crime were arrested and detained for mentioning Fulani herdsmen as the attackers.

“The Agbani divisional police officer working for the Islamic interest of the Arewa cabals ordered for their arrest and detention,” it said.

The group further alleged that President Mohammadu Buhari has deployed his Hausa/Fulani brothers as AIG, CP’s, DPO’s to Igbo land for the actualization of Othman Dan Fodio’s command of dipping the Koran into the Atlantic Ocean, to consummate fulanisation and Islamisation of the entire Southern and middle Belt region.

“President Buhari should know that the world is now a global village. Fulanis can never in this life defeat or conquer the people of Biafra because there is a limit to human endurance. MASSOB and other pro Biafra agitators are already on the ground to protect our people from these Islamic marauding invaders,” Edeson said.