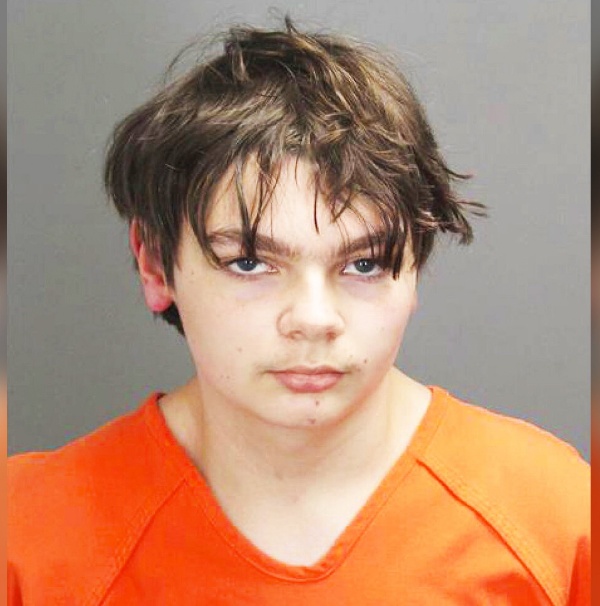 The parents of 15-year-old schoolboy, Ethan Crumbley, who killed four students and injured several others in a shooting spree at the Oxford High School in Michigan, USA, have been arrested in a Detroit basement, hours after going on the run.

James and Jennifer Crumbley, were found and arrested on Saturday unarmed, hiding in a warehouse after a tip-off from someone who saw their car, police say.

The couple had failed to show up in court on Friday after being charged with involuntary manslaughter, as well as ignoring warning signs before their son’s alleged rampage.

Prosecutors say Ethan had used his father’s gun to shoot classmates in the nearby Michigan town of Oxford, killing four and wounding seven.

“They were very distressed as they were walking out,” White said.

He added that the parents had been aided in getting into the building, which he said was used as an art studio, and that the person who helped them could face charges.

Earlier, the US Marshals, a federal law enforcement service, had offered a $10,000 reward for information leading to their arrest.

The Crumbleys’ lawyer had told journalists that the couple had left town on the night of the shooting “for their own safety” and were not fleeing police.

But reports in the US say police knew the couple had withdrawn $4,000 (£3,000) from an ATM in Rochester Hills on the edge of Detroit and had turned off their mobile phones.

Ethan Crumbley is alleged to have opened fire on fellow students and teachers at his school in Oxford, about 35 miles (60 km) north of Detroit, on Tuesday.

He is being charged as an adult, and is facing one count of terrorism, four counts of first-degree murder, seven counts of assaults with intent to murder and 12 counts of possession of a firearm.

41 feared dead as bus plunges into river in Kenya