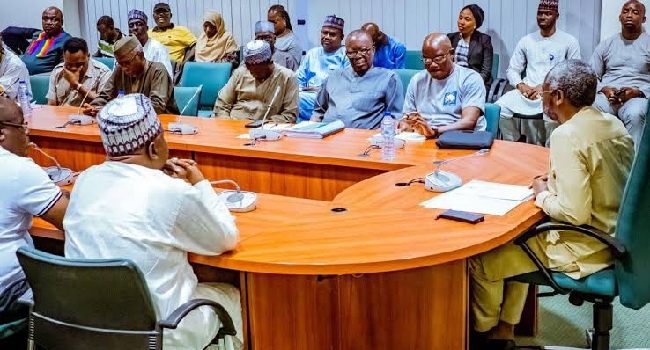 Nigerian parents under the auspices of the National Parent Teacher Association of Nigeria (NAPTAN), has joined voices with the National Association of Nigerian Students (NANS), to call on the Federal Government to resolve the half-salary issue with members of the Academic Staff Union of Universities (ASUU), so as to avoid another industrial action in the education sector.

The calls came following plans by lecturers to embark on rallies and declare a lecture free day to protest against the payment of half salary by the government after resuming from an eight-month long strike.

The National President of NANTAP, Alhaji Haruna Danjuma, in an interview with Vanguard Newspaper on Monday, said since the lecturers have continued from where they stopped in the 2021/2022 session after resuming work, they should be paid for the months they were on strike.

“The government should do the right thing. They should pay the lecturers. We all know that some time has been wasted, but since there is an effort to bridge the gap one way or the other, nothing should be done to truncate the process again

”Lecturers and students would only need to forfeit some holidays and as parents, we don’t want anything to rock the boat again.

“Parents are looking forward to their children finishing their studies and for them to reap the fruits of their labour. The issue of personality clash or ego should not be allowed to push education into another crisis situation, “ Danjuma said.

On it’s part, NANS, in a statement jointly issued by the South-West Zone Coordinator, Adegboye Olatunji, Deputy Coordinator, Alao John and Public Relations Officer, Awoyinfa Opeoluwa, said the body was worried that the Federal Government was not giving priority to education.

“Just as Nigerian students are finally able to smile after the suspension of an eight-month-long ASUU strike, the Federal Government deemed it wise to pay half salary to members of the Academic Staff Union of Universities.

“This ill-advised action, if allowed to stand will not only set a bad precedence but ruin the already tattered morale of our lecturers and further weaken the already debilitated trust between the said union and the government.

“As a matter of fact, we have it on good record that Dr. Ngige particularly was willing to crash the entire sector just to bring ASUU on its knees and massage his own fragile ego.

“From all indications, if drastic measures aren’t taken, the Federal Government and its overpaid employee seem ready to bury the entire educational sector.

“And if ASUU chooses to boycott work again as a result of this ungentlemanly decision, the government might as well forget about tertiary education completely.

“As the leadership of Nigerian students in the entire South-West, we demand that our intellectuals and the moulders of our collective future be accorded their deserved respect and their dignity not be tampered with.

“In addition, procedure to pay the remaining balance of their remunerations be put in motion immediately, ” the NANS statement said.