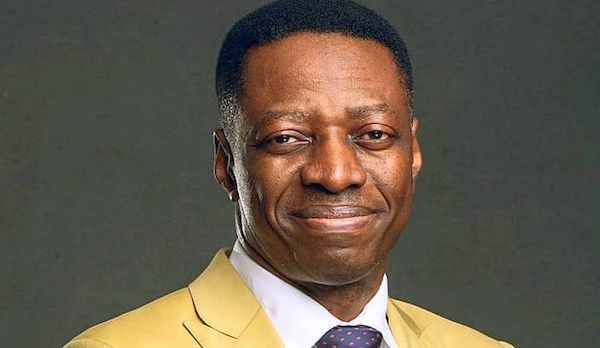 Pastor Sam Adeyemi, the Senior Pastor of Daystar Christian Centre, has laughed off a suit filed against him at the Federal High Court in Abuja over his alleged involvement in the #EndSARS protests.

Okeke had instituted a criminal suit against 50 Nigerians, saying they were behind the #EndSARS protests that had affected his business.

He claimed that between October 28 and October 30, 2020, the defendants used their Twitter accounts to conspire amongst themselves to “commit misdemeanor, to wit promoting or acting in such a manner with intent to assist in the promotion of an unlawful assembly under the guise or composition of #EndSARS”.

In the suit, Okeke claimed that the offence was punishable under Section 97 (2) of the Penal Code Act, C53 Laws of the Federation of Nigeria, 2004.

However, in his response via tweeter, Pastor Adeyemi said:

“Who sent this guy to file this frivolous lawsuit?

Who sent this guy to file this frivolous law suit?