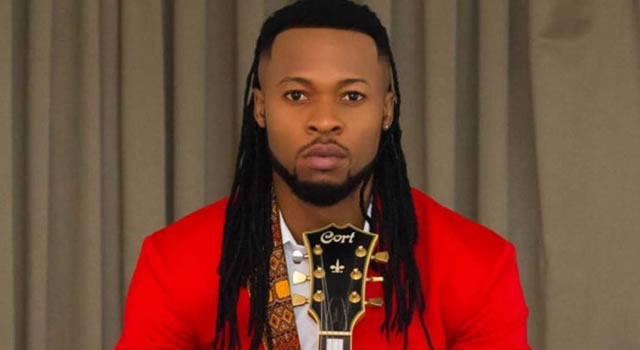 A Nigerian woman identified as Juliet Oluchi Ehiemere who hails from Abia State, has taken to social media to claim that singer Flavour is the father of her three-year old daughter named Stephanie.

In her post on Instagram, Juliet in a lengthy message on the social media platform claimed that she met the singer in 2015 and got pregnant for him but since then, all efforts to reach the singer proved futile.

She even went further to reveal the matter has been taken to the police for investigation and also says that she’s willing for a DNA test to be carried out to prove that Flavour is the father of her daughter.

She wrote: “My name is Juliet Oluchi Ehiemere from Abia State. I’m 33 years old. This post will make you to do either of two things: Judge me and call me names or support me in getting justice for my daughter. I sincerely hope you do the latter. The picture you see above is the picture of my 3 years and 4 months old daughter, Stephanie Chidinma Chinedu Okoli whom I bore for Chinedu Okoli popularly known as FLAVOUR @2niteflavour.

READ ALSO: I’ll like to meet robber who raped me in 2004 —Elvina Ibru

“I met Flavour sometime in 2015 and took in for him. Ever since, I have made attempts to contact him but he has since then ignored me. I am not another gold digger. All I want is for Flavour to take care of his daughter. I have reported the matter to the office of the Public Defender (OPD), Lagos State. FLAVOUR should come out for a DNA TEST.

“He should do the needful. If the DNA Test shows he’s not the Father, I’m ready to pay for the penalties. For me to take this stand, that should tell everyone that I know what I’m saying. The pain and suffering is too much to bear and I am done keeping silent. My daughter and I can’t keep suffering this way,” she added.

Flavour had his first daughter with Sandra Okagbue and his second with former beauty queen Anna Banner.

He later adopted a visually-impaired young Liberian named Semah G. Weifur but with Jennifer’s claim, Flavour may just be a father of four children. 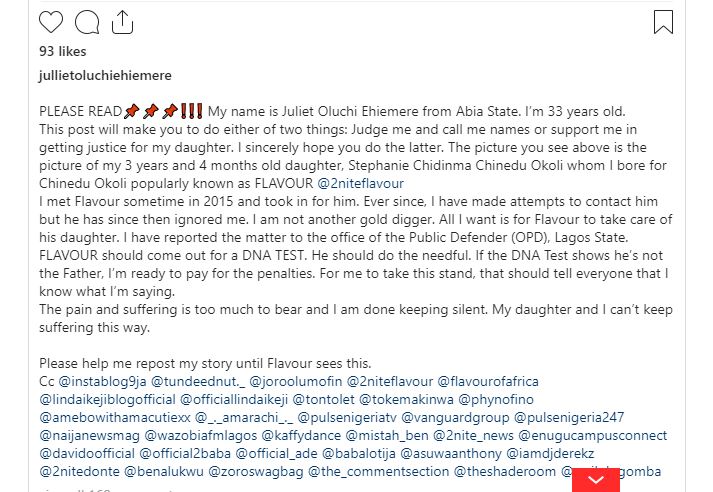